Moscow police to provide unprecedented security measures at U2 concert 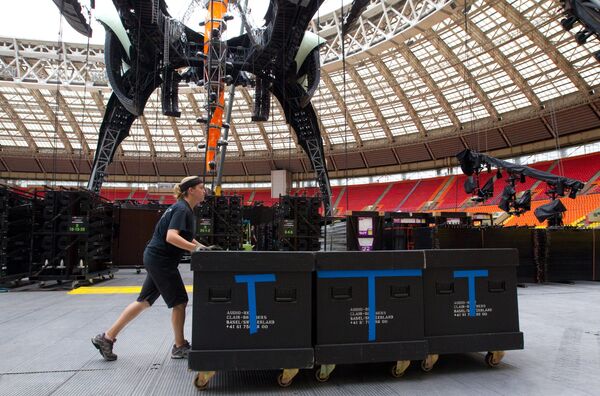 Over 2,000 law enforcers will provide security on Wednesday at the long-awaited rock concert of legendary U2 in the Russian capital.

Over 2,000 law enforcers will provide security on Wednesday at the long-awaited rock concert of legendary U2 in the Russian capital, a  Moscow police spokesman said.

"Some 2,100 policemen and Interior Ministry troops will provide security at the Luzhniki Stadium. Officers of the canine team and their dogs will inspect the stadium several hours prior to the concert," police spokesman Viktor Biryukov said, adding that some 85,000 people are expected at the concert.

All spectators, he said, would have to pass through metal detectors at the entrance to the stadium.

On the whole, he added, such security measures are unprecedented for rock concerts in Moscow.

This is U2's first ever concert in Russia and the musicians arrived in the country three days prior to their performance, which according to organizers is unusual for the band.

On Tuesday, U2 leader Bono met with Russian President Dmitry Medvedev in the Black Sea resort city of Sochi. Besides music they discussed various social and charity activities that Bono and his musicians are involved in.

Bono actively works to fight HIV and AIDS around the world, organizing charity events with the other members of U2 and with other celebrities.