Putin takes care of bears, says they should be afraid of people 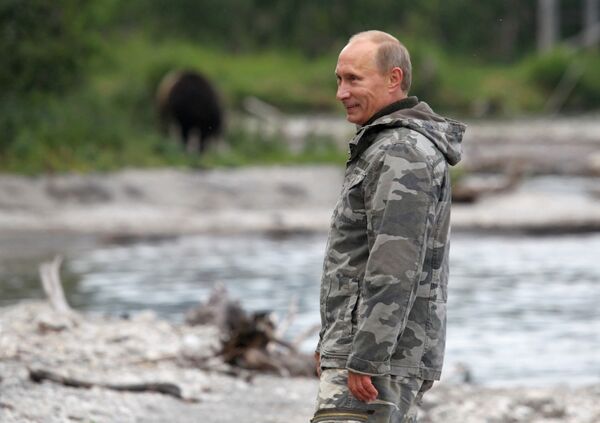 Russian Prime Minister Vladimir Putin expressed his concern on Tuesday over the problem of poaching bears in Russia's Far East.

Russian Prime Minister Vladimir Putin expressed his concern on Tuesday over the problem of poaching bears in Russia's Far East.

"Here is the world's biggest protected population of brown bears," the head of the wildlife reserve, Tikhon Shpilenok told the premier.

Putin, who portrays himself as an environmentally concerned leader, asked Shpilenok whether the bear poaching problem exists.

On August 14, the reserve guards barely managed to catch bear poachers who had set traps for the animals, Shpilenok said.

Poachers kill over 600 bears annually. In 2007, in the nearby Ozerny village, local police detained a shipment with 400 bear paws, Shpilenok added.

The management of the reserve showed Putin Kuril Lake, the world's biggest salmon spawning area, where the bears gather to catch fish.

One of the journalists asked the reserve's officials whether it was safe for people to remain near the bears' habitat.

"It is bears who should be afraid of people," Putin answered.