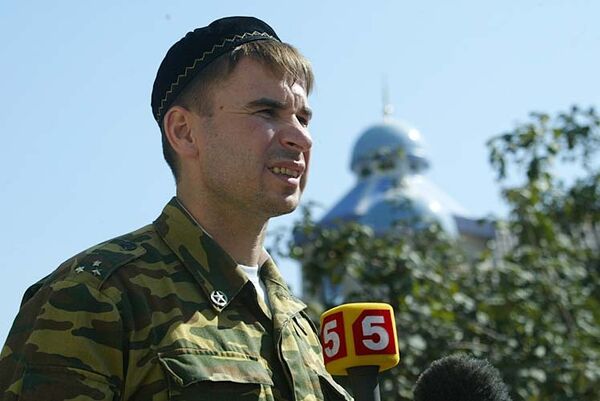 Isa Yamadayev, a third brother of the Yamadayev clan, opposing the Chechen President Ramzan Kadyrov, said he is ready to become Kadyrov's ally.

Isa Yamadayev, a third brother of the Yamadayev clan, opposing the Chechen President Ramzan Kadyrov, said he is ready to become Kadyrov's ally.

Yamadayev arrived to the Russian North Caucasus republic of Chechnya to meet with Kadyrov.

"We discussed with Ramzan Akhmatovich [Kadyrov] the situation [in their relations] and came to a conclusion that there are no reasonable causes preventing us from reaching normal relations," he told journalists at his house in Gudermes.

He added that he is ready to become Kadyrov's ally.

Yamadayev said that some media artificially provoke disrespectful relations between him and Kadyrov adding that he feels no distaste to Chechen president.

Isa's brother, Ruslan was a prominent opponent of Chechen President Ramzan Kadyrov, who was initially suspected of being linked to the death by the Yamadayev family, but has denied any involvement in the killing. In the months prior to the assassination, the pro-Moscow Kadyrov was engaged in a bitter rivalry with the influential Yamadayev clan.

Ruslan Yamadayev, a member of Russia's State Duma (lower house of parliament), was gunned down in central Moscow in September 2008 when returning from a meeting in the Kremlin. He was shot ten times while sitting a car.

Sulim Yamadayev, the former commander of Russia's Vostok battalion in Chechnya, was allegedly shot in the underground car park of his apartment in late March in the United Arab Emirates.

Isa Yamadayev said an attempt on his life was made in July 2009.