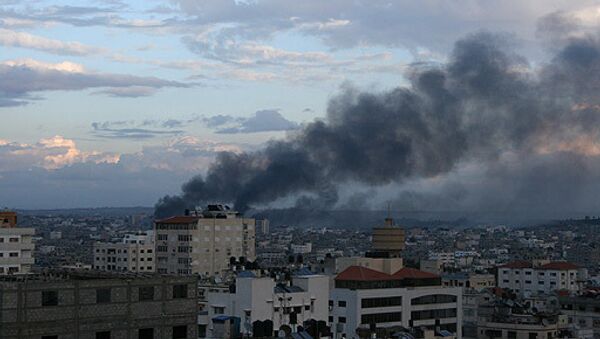 The League expressed its concerns that another attempt to settle peace on the Middle East will fail. "For the last two decades the process of talks was launched numerous of times,..., however, the desired peace has never been achieved because of known actions and policies of Israel," the statement said.

The Quartet of mediators in the Middle East peace process, comprising Russia, the United States, the European Union and the United Nations, issued a similar call on Friday. It also urged the Israeli and Palestinian sides to avoid inflammatory rhetoric and show mutual restraint.

The Israeli premier on Friday signaled his readiness to attend the talks, adding that although reaching a deal would be difficult, it was possible.

A similar response came early on Saturday from the Palestine Liberation Organization (PLO), recognized as the sole legitimate representative of the Palestinian people on the international arena.

Israeli government has not yet confirmed it is ready to extend a moratorium on settlements construction.

Israeli-Palestinian direct peace talks came to a halt in December 2008, when Israel launched an attack on the Gaza Strip in a bid to put an end to the firing of homemade rockets at southern Israel by Palestinian militants based in the enclave. The conflict left 1,300 Palestinians and 13 Israelis dead.

The Palestinians have so far cited ongoing Israeli settlement construction in the West Bank and East Jerusalem, both occupied by Israel since the 1967 Arab-Israeli War, as the main obstacle to resuming peace talks.