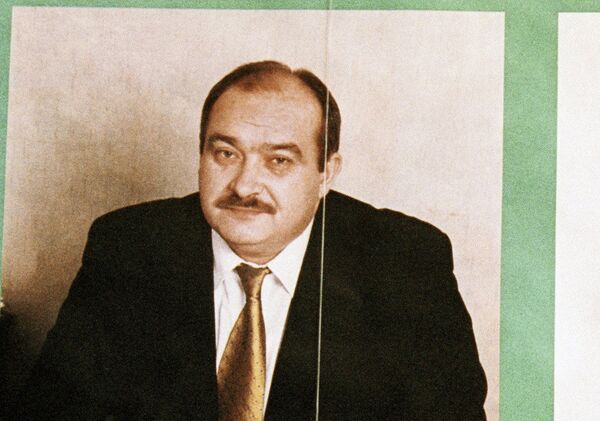 A potential runner in the 2011 Belarusian presidential elections, Liberal Democratic Party Leader Sergei Gaidukevich, has promised to form a confederation with Russia if he becomes president.

The next Belarusian presidential elections must be held before February 6 2011, according to Belarusian law.

"We must search for Belarusian sovereignty in Russia and...think about a confederation - a common currency and a united military," Gaidukevich said at a party conference on Saturday.

He criticized the Belarusian leadership for dragging its feet on the introduction of a common Russian-Belarusian currency.

Gaidukovich said he believed he was the only candidate with a real chance of running against incumbent President Alexander Lukashenko. The two men were the main contenders of the 2006 presidential elections.

In the mid-1990s, Moscow and Minsk formed the Union State of Russia and Belarus, a loose political entity of the two ex-Soviet states. But sicne Lukashenko rejected several Russian unification proposals, including the introduction of a common currency, the union remains largely on paper.

The creation of a Customs Union between Russia, Belarus and Kazakhstan has dealt another serious blow to the Union State project.

In 2009, relations between Belarus and Russia grew strained over a series of economic and political disputes, including Russian energy supplies, a milk export row and Lukashenko's reluctance to sign a deal to set up a post-Soviet rapid reaction force.

Relations were worsened this year by a gas dispute and, more recently, by Belarus's reluctance to join Russia in recognizing the independence of the former Georgian republics of South Ossetia and Abkhazia.