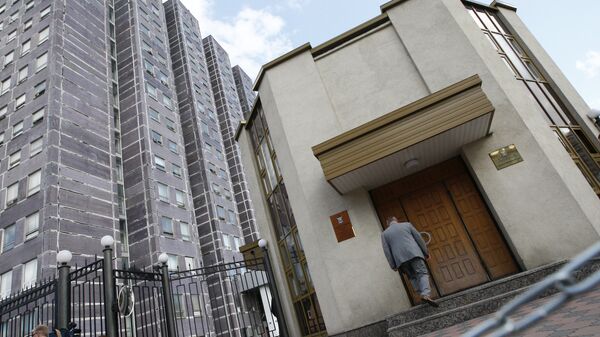 Novikov was identified as the suspect in the criminal case six months ago but suddenly came down with a host of ailments that prevented him being questioned by investigators, the paper said.

Finally, on Monday, he was arrested at a cafe where he was meeting colleagues from the ministry and taken straight to investigators from the Prosecutor General's Office.

The game would have appeared to be up for the general, but he immediately said he was unwell and asked to go to the toilet. He hid out there until almost 10 p.m., knowing that investigative activities have to cease after that time.

Perhaps his timekeeping was off, however, as investigators convinced him to emerge before the deadline had passed and charged him in the few minutes that remained.

Investigators have yet to question Novikov, as the day after he was charged he fell ill again.

The charges relate to an incident on February 5, when Novikov says he was driving his Volkswagen Touareg SUV and stopped to ask for directions after getting lost in an industrial zone area in Moscow.

Security guards say there was no conversation with Novikov, who was so drunk he could hardly stand. After Novikov fired a warning shot, the security disarmed him, but they failed to apprehend him.

Some time later he was caught by traffic police who had been given the license plate and a description of his vehicle. He was released shortly afterwards, but Kommersant said any attempt at a cover up failed as the story came to the attention of Interior Minister Rashid Nurgaliyev.

Novikov denies the accusations, saying the case is an attempt to set him up.

The conduct of Russia's police has become a great concern after a number of high-profile police scandals, including the random shooting of several people in a supermarket by an off-duty police officer in April 2009.

In July, President Dmitry Medvedev signed five laws on the work of Russia's police but said new legislation was still needed as part of ongoing reforms.

The president said the amendments should help prevent corruption among officers and make it impossible for them to use their position to suppress citizens' rights and freedoms. His plans for reform include cutting the number of officers and increasing salaries.