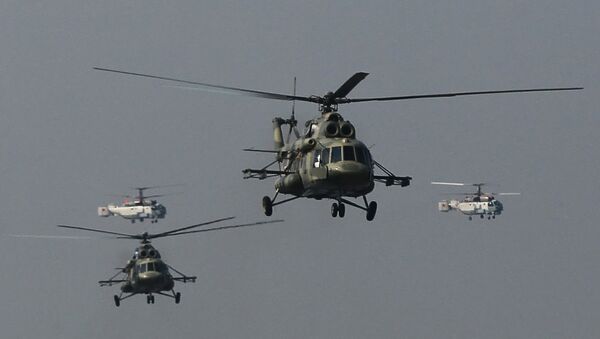 The Indian Air Force will soon order an additional 59 Russian Mil Mi-17 helicopters on top of the 80 ordered earlier, the IAF chief said on Thursday.

The first deliveries of the 80 Mi-17 helicopters, ordered in 2008, will begin later this year, Air Chief Marshal Pradeep Vasant Naik said in an interview with India Strategic.

The IAF's recent request for 42 Su-30MKI fighters had been cleared by the Defense Ministry, "taking the total number of these air superiority combat jets order to a sizeable 272," he added.

The IAF has also signed a contract with Rosoboronexport, Russia's state-controlled arms exporting agency, to upgrade its fleet of Soviet-vintage MiG-29 fighters and Il-76 airlifters while the Indian Navy has placed an order for 45 MiG-29K carrier-borne fighter jets.

Naik said that the Il-76s, first acquired in April 1985, are also undergoing a life extension program with Russia.

"The life extension of Il-76 aircraft will involve a complete overhaul of the airframe at the manufacturer's premises in Russia... The first aircraft has already been sent and servicing work has commenced. Various other upgrades will be carried out in India. Post-servicing, the aircraft would be available to us for more than 10 years," he said.