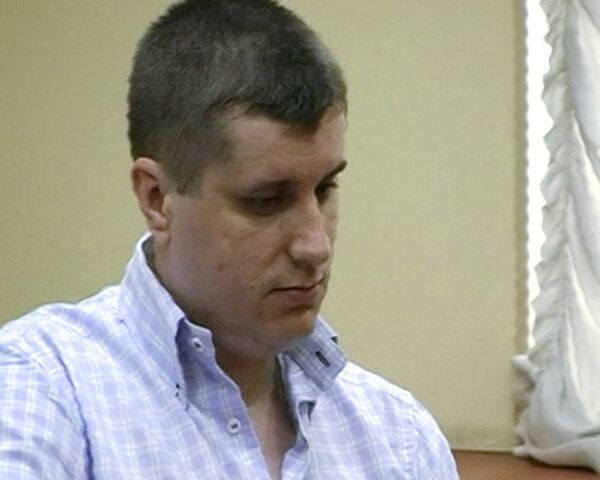 Bucharest has declared a Russian diplomat persona non grata in yet another spy scandal after Moscow detained a Romanian official on similar grounds, a Romanian news agency reported on Wednesday.

MEDIAFAX said that the first secretary of the Russian Embassy in Bucharest, Anatoly Akopov, was declared persona non grata in a tit-for-tat move on suspicions of espionage and gave him 48 hours to leave the country.

On Monday, Russia's Federal Security Service (FSB) announced that Gabriel Grecu, first secretary of the political department of the Romanian Embassy in Moscow, had been detained in Moscow while trying to obtain military secrets from a Russian national.

On Tuesday, Romania's Foreign Ministry said a Russian diplomat of "equivalent ranking" to Grecu - i.e., first secretary, would also be expelled, but did not release any names.

The Russian Foreign Ministry's website lists Anatoly Akopov as a member of the embassy staff in Bucharest.

RIA Novosti was unable to receive an official comment on the issue from the ministry.

According to the Russian Federal Security Service (FSB), Grecu was operating in the Romanian embassy "under cover of the first secretary of the government relations department." The alleged spy was in possession of various pieces of espionage equipment. After several hours of interrogation, he was released and given 48 hours to leave the country.

A spy scandal broke out in late June between the United States and Russia when 10 people were arrested in the United States, and several days later an 11th spy was detained in Cyprus. The spies were freed in a swap deal between Russia and the United States. Russia swapped four alleged U.S. spies for 10 alleged Russian spies.