Russia to extend military presence in Armenia by 24 years 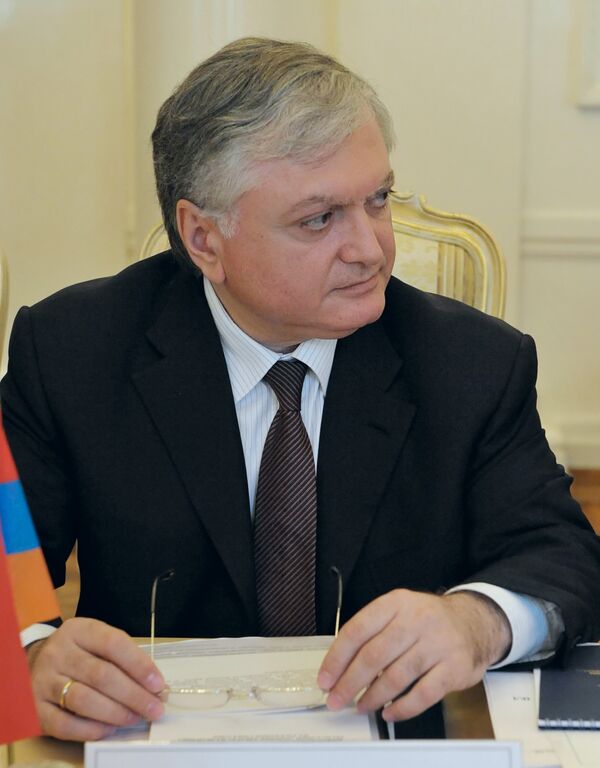 © RIA Novosti . Eduard Pesov
/
Go to the mediabank
Subscribe
International
India
Africa
Russia's military presence in Armenia will be extended by another 24 years, the Armenian foreign minister said on Wednesday.

Russia's military presence in Armenia will be extended by another 24 years, the Armenian foreign minister said on Wednesday.

The term of a 1995 bilateral treaty on the Russian military base in Gyumri, northern Armenia, will be extended from 25 to 49 years, Eduard Nalbandyan said.

Under the amendments to the treaty, to be signed in the course of the Russian president's forthcoming visit to Armenia, the base "will ensure the interests of Russia and the security of the Republic of Armenia," he said.

President Dmitry Medvedev will visit Armenia on August 19-20 at the invitation of President Serzh Sargsyan, the Kremlin press service announced on Tuesday.

Russia's 102nd Military Base has been deployed in Gyumri since 1995 as part of a CIS integrated air defense system. It is under the command of Russia's North Caucasus Military District.

It is armed with S-300 surface-to-air missile systems and MiG-29 fighters. The base has around 5,000 personnel.