Iran does not need own uranium enrichment - U.S. State Department 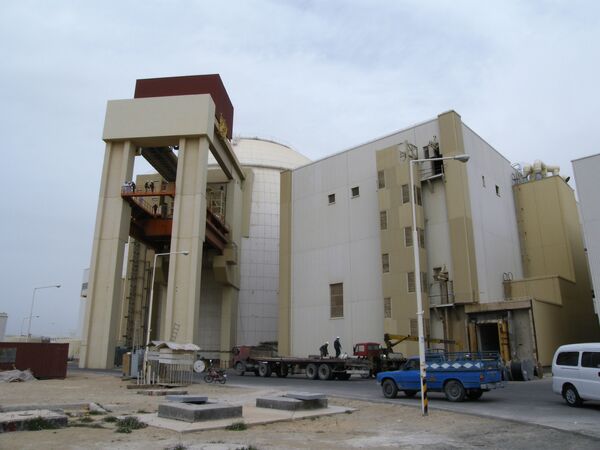 © RIA Novosti . Andrey Reznichenko
/
Go to the photo bank
Subscribe
The upcoming physical launch of the Bushehr nuclear reactor proves that Iran does not need to build indigenous uranium enrichment facilities and could use nuclear fuel provide by other countries, a U.S. State Department spokesman said.

The upcoming physical launch of the Bushehr nuclear reactor proves that Iran does not need to build indigenous uranium enrichment facilities and could use nuclear fuel provide by other countries, a U.S. State Department spokesman said.

"Bushehr is a civilian nuclear project and it actually proves that they don't need to build indigenous enrichment facilities," Acting Deputy Department Spokesman Mark Toner said during a daily press briefing on Tuesday.

"And actually it provides a model that we've extended - the P-5+1 [or Iran Six] has extended to Iran," he added.

The official said that Washington continued to have concerns about Tehran's failure to meet with international commitments and to seek enrichment of uranium.

Toner stressed, though, that Bushehr was "unconnected to their [Iranian] enrichment activities."

The construction of Iran's first nuclear plant was begun in 1975 by several German construction companies. They pulled out following a U.S. embargo on high-technology supplies to Iran after the 1979 Islamic Revolution and the subsequent U.S. Embassy siege in Tehran.

Russia signed a contract with Iran to complete construction in February 1998.

The construction of the Bushehr NPP has not been affected by the sanctions against Iran.