Temporary ban on grain exports comes into force in Russia 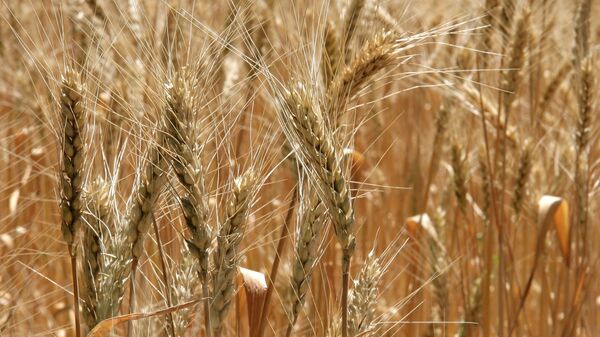 On Sunday Russia a temporary ban on grain exports came into force in Russia, and is expected to be in place until the end of this year.

On Sunday Russia a temporary ban on grain exports came into force in Russia, and is expected to be in place until the end of this year.

The Russian government may revise the ban after October 1, when the size of the harvest volumes becomes clearer. According to preliminary estimates, the drought ruined crops on about 11 million hectares.

A scorching heat wave has gripped much of European Russia since mid-June, coupled with the worst drought since the 1970s.

This agricultural year, Russia can afford to export no more than 4.5 million tons of grain, the Agriculture Ministry said on Thursday.

Analysts said the short term losses for the Russian economy from the record-breaking heat wave and accompanying drought and wildfires may amount to 1% of 2010 GDP, or around $15 billion.

President Dmitry Medvedev said the Russian government must protect local grain producers and exporters, who may face legal action over broken contracts due to the grain export ban.

"We have put our producers and those engaged in exports into a difficult situation and we did this deliberately," Medvedev said. "But if we did it, we must stand behind them to protect them, create the necessary legal evidence to show that it was a force majeure... and that they were unable to supply their customers."

Russia was ranked the world's fourth largest grain exporter in the past several years, after the U.S., the EU and Canada.