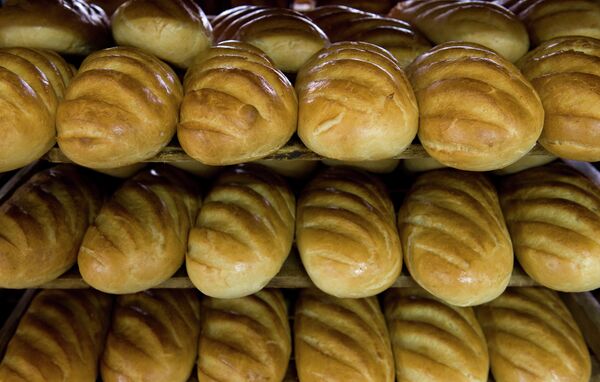 The Russian Federal Antimonopoly Service (FAS) is investigating three Russian bakeries for increasing bread prices by 20 percent, the head of the FAS in Moscow said on Friday.

The Russian Federal Antimonopoly Service (FAS) is investigating three Russian bakeries for increasing bread prices by 20 percent, the head of the FAS in Moscow said on Friday.

"We are concerned about the current price increases on bread," Vladimir Yefimov said. "We are now gathering information about other bread-baking plants. I believe the number [of investigations] will increase."

The government imposed a ban on the export of grain from August 15 to December 31, after abnormally hot and dry weather destroyed the grain harvest in almost 11 million hectares of land across central Russia.

The northeastern republic of Komi and Moscow region were the first to notice the leap in bread prices.

"In July-August, bakeries in Komi were forced to buy flour from suppliers from other regions at higher prices than usual," FAS press secretary for Komi Yevgeny Izotov said, adding that suppliers had increased prices by 55-158 percent.

Several bakeries in Moscow told RIA Novosti that a number of the city's main bread producing plants had increased prices by 12 - 15 percent since the beginning of August, causing price hikes in more than half of Moscow's bakeries since the end of July.

Moscow Mayor Yuri Luzhkov asked the FAS on Thursday to investigate the bread plants in question.

Yefimov said there was no reason for producers to raise prices on grain or end products.

"Prices on grain have not doubled or tripled because of the drought and the government has suspended grain exports," he said.

Bakeries in Russia's Republic of Tatarstan, and the Kursk and Magadan regions are also being investigated.