Dagestan plans to use 'ethnic' military units to fight militants 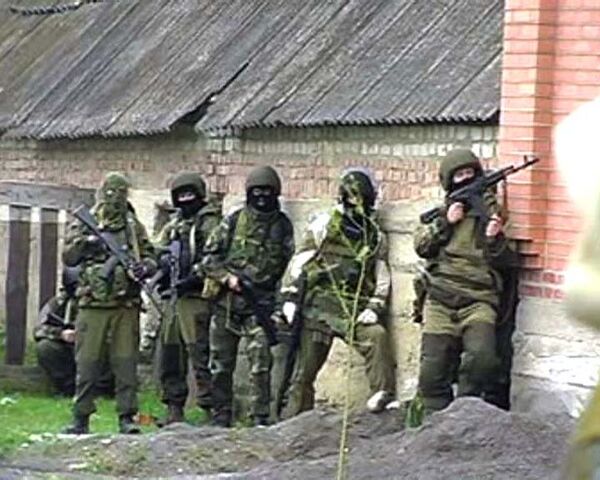 According to Kommersant, Russian President Dmitry Medvedev approved the formation of a "special unit comprising at least 800 people" to conduct military operations in Dagestan during a meeting with Dagestan's President Magomedsalam Magomedov on Wednesday.

Dagestan's First Deputy Prime Minister Rizvan Kurbanov told the paper that at least two "ethnic" battalions would be deployed in the mountains "to maintain order in the areas where the militants were highly active."

"We expect the local personnel to be more effective because, unlike the federal troops, they know all the roads in the mountains and can tell the difference between traditional Islam believers and the extremists even by their appearance," Kurbanov said.

If the Dagestan leadership's plans become reality, the "ethnic" motorized battalions would most likely be part of the Russian Interior Ministry's special 102nd brigade based in Makhachkala.

Russia has experience of forming "ethnic" units in another North Caucasus republic, Chechnya.

Special battalions Vostok and Zapad were two special purpose units of the Russian military intelligence (GRU) based in Chechnya. The overwhelming majority of personnel were ethnic Chechens, while the commanding staff was mixed Russian and Chechen.

Both Vostok and Zapad were reportedly deployed by Russia in a brief war with Georgia over South Ossetia in August 2008.

In November 2008, both battalions were disbanded under pressure from Chechen President Ramzan Kadyrov.