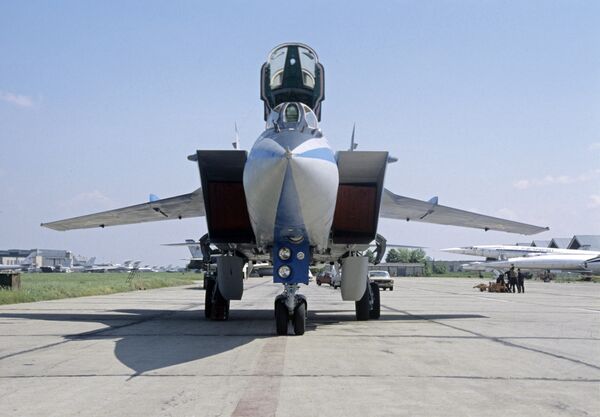 © RIA Novosti . Skrinnikov
/
Go to the photo bank
Subscribe
Officers of the North American Aerospace Defense Command (NORAD) say they are satisfied with the results of joint anti-terrorism drills with the Russian Air Force and hope for further cooperation.

Officers of the North American Aerospace Defense Command (NORAD) say they are satisfied with the results of joint anti-terrorism drills with the Russian Air Force and hope for further cooperation.

"This exercise is one milestone in working together in other future efforts. Our folks are proud to be a part of such an important event and are passionate about partaking in efforts to protect our borders," Air Force Lt. Col. John Oberst was quoted as saying on the NORAD Website.

"What we are practicing today is the communication procedures between NORAD, plus U.S. civilian air traffic control agencies and our Russian counterparts so that we can pass on information to them about air terrorism events to allow them to posture their forces to respond in kind," Canadian Forces Col. Todd Balfe, Alaska NORAD Region deputy commander, said.