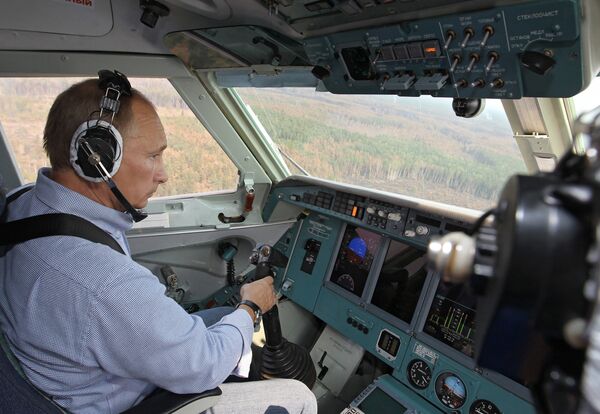 Putin initially sat in the cabin in front of a thermal imaging monitor together with Emergency Situations Minister Sergei Shoigu and Ryazan Governor Oleg Kovalev.

However, shortly after takeoff Putin suddenly entered the cockpit and sat in the co-pilot's seat.

During the flight, Putin observed the operation of another Be-200 that was also dousing fires from a minimum height.

He also spotted a fresh steppe fire in dangerous proximity to two villages.

Respected Russian sociologist Leonty Byzov told Vedomosti business daily Putin and Medvedev's ratings could drop to 40% in the next six months. He said there was a growing fatigue surrounding Putin's popularity and that if the government's poor response to the wildfire crisis is taken into account, the two leaders' ratings would decrease dramatically.