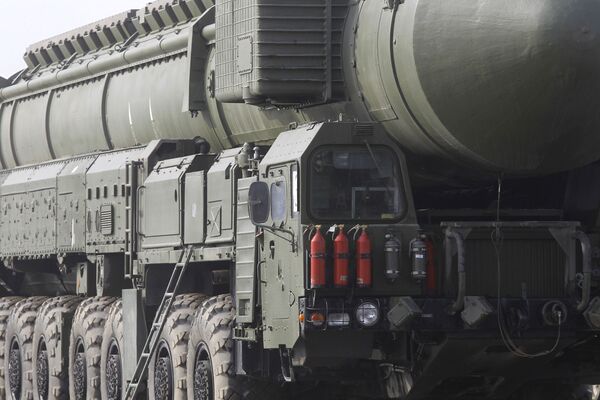 New commander of the Russian Strategic Missile Forces (SMF) will inspect on August 10-12 the rearmament of a missile division in central Russia with new mobile missile systems.

During his first inspection as Russia's missile forces chief, Lt. Gen. Sergei Karakayev will visit the 54th Strategic Missile Division in the town of Teikovo about 150 miles (240 km) northeast of Moscow.

The division, which had Topol (SS-25 Sickle) mobile ballistic missile systems on combat duty since 1988, has been recently rearmed with 18 Topol-M (SS-27 Stalin) mobile systems and at least three RS-24 mobile systems.

According to SMF, Topol-M and RS-24 missiles will be the mainstay of the ground-based component of Russia's nuclear triad and account for not less than 80% of the SMF's arsenal by 2016.

As of June 2010, the SMF operated at least 50 silo-based and 18 road-mobile Topol-M missile systems. The RS-24 was commissioned in 2010 after successful testing.

The Topol-M missile, with a range of about 7,000 miles (11,000 km), is said to be immune to any current and future U.S. ABM defense. It is capable of making evasive maneuvers to avoid a kill using terminal phase interceptors, and carries targeting countermeasures and decoys.

It is also shielded against radiation, electromagnetic pulse, nuclear blasts, and is designed to survive a hit from any form of laser technology.

The RS-24 is heavier than Topol-M, and was created in response to the missile shield that the United States was planning to deploy in Europe.

The missile, equipped with a multiple independently targetable reentry vehicle (MIRV) warhead, is expected to replace the older SS-18 and SS-19 missiles by 2050 and greatly strengthen the SMF's strike capability.