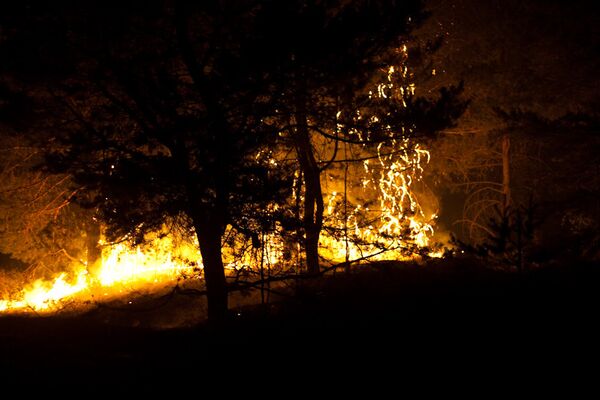 "Regarding the number of fires, I would say that the situation is, without a doubt, much better," Shoigu said at a government meeting.

Wildfires, sparked by weeks of abnormally high temperatures in central Russia, are raging in 22 Russian regions.

Shoigu said the fires in the Tula, Tambov, Belgorod, Lipetsk and Ivanovo regions had been "almost completely" extinguished.

However, he said conditions were still bad in the Ryazan, Nizhny Novgorod and Moscow regions.

He added that the emergencies ministry aircraft would extinguish all the wildfires in the Moscow region "in one day" as soon as the visibility improves.

The NASA Terra and Aqua satellites registered 377 hotspots from wildfires across Russia on Monday, down 65 from Sunday.

Thousands of personnel are working round the clock to fight the fires, which have so far killed more than 50 people and left some 2,000 homeless.

Moscow and a dozen other cities have been shrouded in a thick layer of smog. Health experts say pollution levels are so high that breathing has become as dangerous as smoking several packs of cigarettes a day.