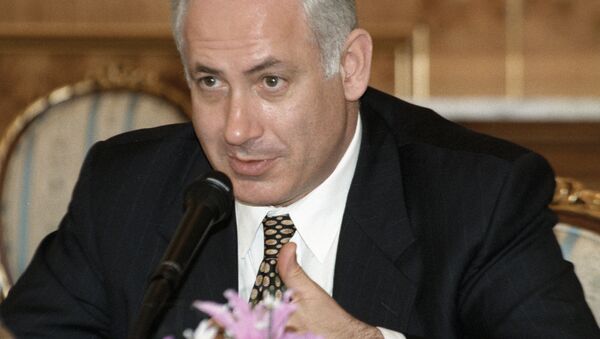 © RIA Novosti . Alexander Makarov
/
Go to the photo bank
Subscribe
An Israeli raid on a Gaza-bound aid flotilla in May was justified, Israeli Prime Minister Benjamin Netanyahu said on Monday.

An Israeli raid on a Gaza-bound aid flotilla in May was justified, Israeli Prime Minister Benjamin Netanyahu said on Monday.

Israel faced international condemnation after its soldiers stormed the six-ship Freedom Flotilla on May 31, killing nine activists. The ships were carrying 10,000 tons of aid to the troubled Gaza Strip. Israel says the soldiers acted in self-defense, but those on board claimed otherwise.

"I am convinced that at the end of your investigation, it will become clear that the state of Israel and the IDF [Israeli Defense Forces] acted in accordance with international law," Netanyahu told an Israeli commission investigating the raid, according to Al Jazeera news agency.

"Despite our diplomatic efforts, the Turkish government did nothing," he said. "[It] did not consider the confrontation between Turkish activists and Israel to be against its interests."

Netanyahu is the first in a series of high-ranking officials to testify before the commission, including Israeli Defense Minister Ehud Barak.

Last week, the United Nations set up an independent commission, led by ex-New Zealand premier Geoffrey Palmer, to investigate the Israeli raid. It is due to begin its inquiry on Tuesday.