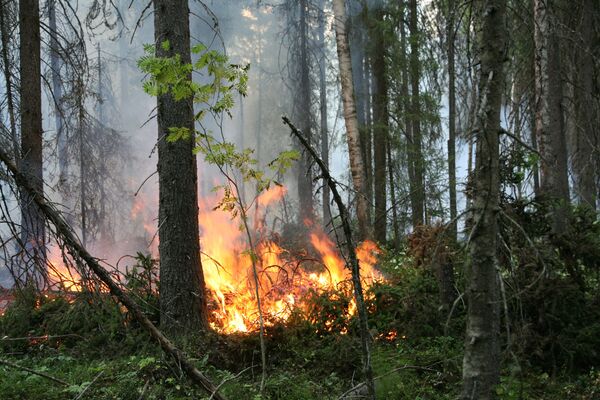 Russian emergency crews are beginning to see some success in overcoming the hundreds of wildfires that have burned hundreds of thousands of hectares of European Russia over the past two weeks, the Emergency Situations Ministry said on Sunday.

Russian emergency crews are beginning to see some success in overcoming the hundreds of wildfires that have burned hundreds of thousands of hectares of European Russia over the past two weeks, the Emergency Situations Ministry said on Sunday.

"The situation with wildfires on the territory of the Russian Federation remains serious, but the tendency is for an improving situation," ministry PR chief Irina Andrianova said.

The ministry considers the worst areas to be the Nizhny Novgorod region, where 76 fires are burning, and the Kirov and Moscow regions, which each have 49 reported fires.

Andrianova said, however, that overall in the Moscow Region firefighters were succeeding in stabilizing the situation.

"Thanks to round-the-clock efforts to extinguish the wildfires, the use of new technologies and firefighting equipment, and despite the inability to use aircraft because of the smoke, in the Moscow region they are managing to turn the tide," she said.

In the past 24 hours, 28 fires were extinguished in the Moscow Region while 26 new fires were recorded. A total area of 210 hectares is on fire, with 35 forest fires and 14 peat bog fires.

"There are no active fires in the Tula and Belgorod regions, in the Lipetsk and Tambov regions - only one fire, in the Ivanovo region - two," Andrianova said, adding that the fires in Tatarstan and the Ulyanovsk region had been completely extinguished.

She said the number of volunteers was still rising in the Nizhny Novgorod region, where 15 volunteer teams totaling 2,778 people were part of firefighting efforts.

Almost 1,500 volunteers responded on Friday and Saturday to an emergencies ministry call to help extinguish wildfires in the Central Federal District, she said.

Volunteers patrol the forests and peat bogs, watching out for fires and educating other people of the risks.

The fires have been burning for two weeks, with a total of 51 people reported killed. The hot weather is forecast to continue well into the week, and the southerly and easterly winds blowing smoke across the capital are not expected to shift for at least a couple of days.