Number of wildfire hotspots in Russia increases again, to over 560 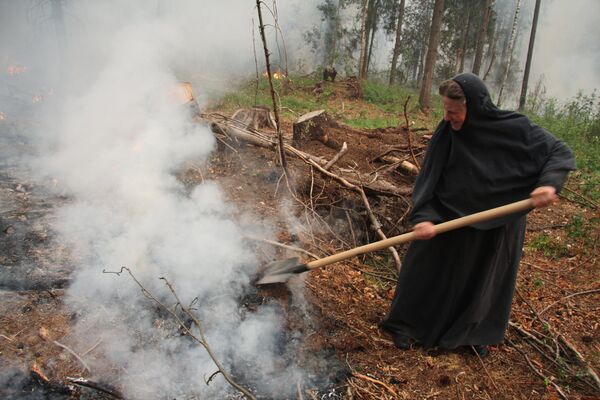 After Friday's decrease in the number of wildfire hotspots registered by two NASA satellites on the Russian territory, their number grew by more than 200 on Saturday.

After Friday's decrease in the number of wildfire hotspots registered by two NASA satellites on the Russian territory, their number grew by more than 200 on Saturday.

According to the ScanEx website which receives information from NASA's Terra and Aqua satellites, a total of 564 hotspots from wildfires were registered across Russia, up 202 from Friday.

The Aqua satellite, equipped with an atmospheric infrared sounder, and Terra, equipped with a thermal emission and reflection radiometer, identified 636 forest fires in Russia on Tuesday, 376 on Wednesday, 535 on Thursday and 362 on Friday.

Wildfires continue however to rage across much of the central part of European Russia as the country experiences an unprecedented heat wave, with temperatures of up to and above 40 degrees Celsius (104 degrees Fahrenheit). The death toll in the blazes rose to 52 on Friday.

The Russian health ministry said a total of 472 people across Russia sought medical aid in connection with the disaster, and 43 of them remain in hospitals.

Siberia's Khanty Mansiisk Autonomous Area was the most affected, with a total of 75 wildfires registered.

Moscow did not make it into the top ten, with nine wildfire hotspots reported.

On Saturday Moscow saw its worst air pollution in 2010, with carbon monoxide levels being 6.5 times more than the maximum allowable concentration. The concentration of other poisonous substances in the city air was nine times above the norm.