New police law to be posted on web for discussion - Medvedev 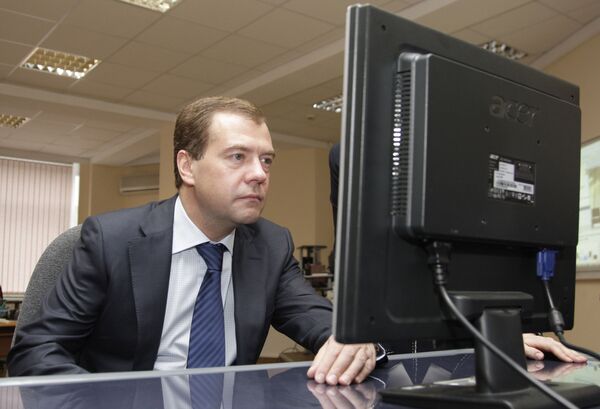 A revised police law will be posted on the Internet for public discussion on August 7, Russian President Dmitry Medvedev said on Friday.

A revised police law will be posted on the Internet for public discussion on August 7, Russian President Dmitry Medvedev said on Friday.

The new law imposing tougher entry requirements for future policemen was approved at a government meeting earlier on Friday.

"Tomorrow the law will be presented to the people. The discussion of this law will go on for a considerable amount of time, I would propose until mid-September, on a specially created website законопроект2010.ру," Medvedev said.

The website to publicly discuss the new law uses Russia's .ру domain for the Internet in Russian which contains only letters from the Russian alphabet.

The Russian presidential and government websites became the first to use the Cyrillic Internet domain .ру after it was officially launched in Russia in May.

Posting a law on the Internet for public discussion is unprecedented, Medvedev said.

"If the experiment... is successful, and I hope it will be, then we will be able to use it to discuss other important laws," Medvedev said.

A special committee and the Interior Ministry's expert council will analyze the comments on the website, the president added.