Medvedev does not want to compete with Putin in 2012 elections 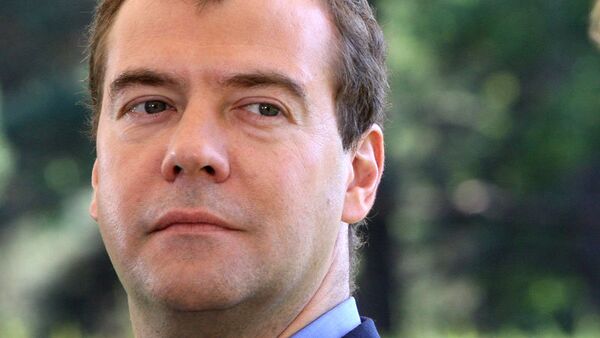 Russian President Dmitry Medvedev said on Monday he does not want to compete with Prime Minister Vladimir Putin in the 2012 presidential elections.

"I do not want to see a power struggle; it would be bad for Russia," Medvedev said.

He said he had no idea who might run for the presidential elections.

He said whoever runs for the election should be aiming to promote the stable development of Russia, as he and Putin have both done.

Vladimir Putin has not ruled out running in the next presidential election.

"We will reach an agreement because we are of the same blood and of the same political outlook," Putin famously said in May 2009 at the Valdai International Discussion Club meeting, in answer to a question about the competition between the two leaders.

Medvedev, Putin's hand-picked successor, was inaugurated in May 2008, and the former president became prime minister a day later, with the pair pledging to run the country in "tandem."

A recent survey by an independent pollster said Russians think Medvedev and Putin have almost equal chances of becoming the next Kremlin chief after the 2012 presidential election.