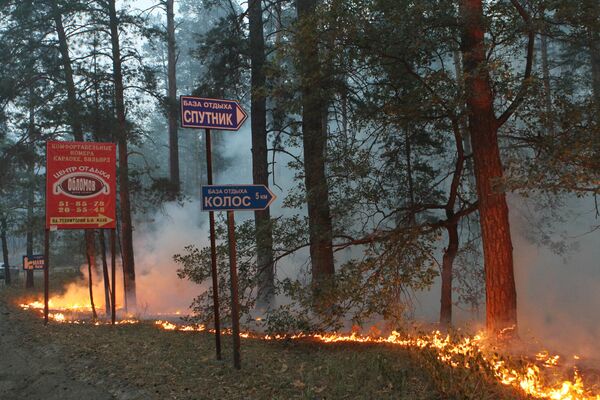 The Emergencies Ministry's regional press service said the bodies were discovered on Saturday.

Over the last 24 hours, over 1,000 homes have been destroyed and entire villages burned to the ground in the largest wildfire ever to hit the European part of Russia.

Earlier on Friday, Russian President Dmitry Medvedev ordered the government to take urgent additional measures to fight the fires and to allocate funds for damage compensation. Medvedev has also called for proposals to be drawn up on the purchase of additional firefighting equipment, including Be-200 aircraft.

Temperatures across much of western and central Russia have topped 35 degrees Celsius (95 degrees Fahrenheit) during the past five weeks, causing peat bog and forest fires and creating what is thought to be the worst drought since 1972.