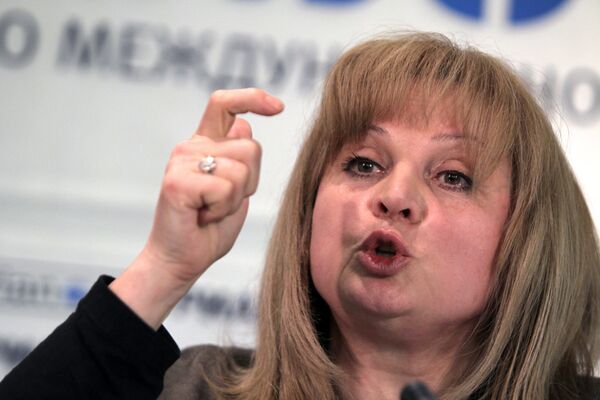 Russian presidential human rights council chief Ella Pamfilova knew how to find consensus between different members of the council, the chair of the Public Chamber Commission on development of civil society said.

Pamfilova, who has criticized the pitiable state of Russia's legal system and underdevelopment of basic democratic institutions, resigned earlier on Friday.

"I highly appreciate her work because the council consisted... of people with their own opinions, often an opposing opinion," Maria Slobodskaya said.

"Not everyone is ready for constructive dialogue with authorities or between each other," she added. "Ella Alexandrovna [Pamfilova] could find consensus with which the council came to a common decision on many issues, which were presented to the president and the public," Slobodskaya continued.

Slobodskaya said that the council led by Pamfilova did not allow the government to sleep.

Slobodskaya said she does not understand what motivated the decision to leave the post; however, she thinks that it was not connected with the fact that Pamfilova was disappointed by the council's inefficiency.

Earlier this year, Pamfilova said that the absence of "qualitative changes" in human rights prohibit the growth of civil society in Russia.

She has said that the independence of the Russian courts is still a "long way away from how it should be," while free elections and political competition are also under question in the country.

Pamfilova also complained that many Russian politicians neglect those who vote for them in favor of political leaders, saying that the country's political parties are "cut off from people."