Phantom of the Opera returns and triumphs 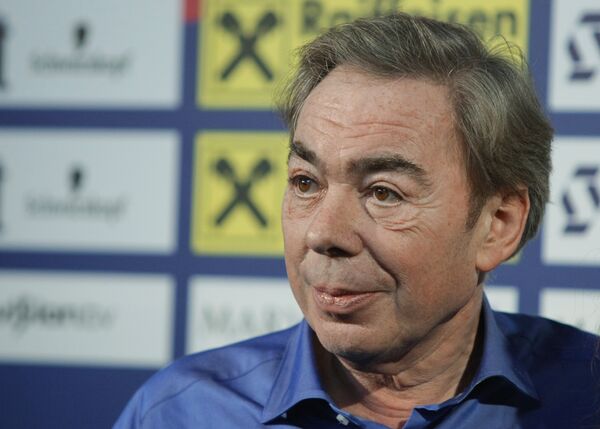 What is the ultimate proof of the fact that a work of art has won global fame? Well, here it is - "Love Never Dies," the latest musical by Sir Andrew Lloyd Webber, has topped sales charts at key music stores in China. Local CD versions feature the key aria in Chinese, performed by famous soprano Zhang Lipin.

What is the ultimate proof of the fact that a work of art has won global fame? Well, here it is - "Love Never Dies," the latest musical by Sir Andrew Lloyd Webber, has topped sales charts at key music stores in China. Local CD versions feature the key aria in Chinese, performed by famous soprano Zhang Lipin.

If the musical has "conquered" China, this means it has also "conquered" the world. At the same time, everyone takes for granted the fact that the musical, or should that be opera, has been running successfully at the London-based Adelphi Theatre since March.

Three aspects of the musical's triumph are quite interesting. First of all, this is an amazing achievement in an extremely difficult situation, and it is one with which all artists, be they poets, musicians or actors, are familiar: having to conquer themselves.

What can you do if you are Sir Andrew Lloyd Webber, Baron Lloyd-Webber of Sydmonton, the man who has won every conceivable music prize, who shot to fame after writing his musical "Jesus Christ Superstar" in 1970, and who ranks 101st in the UK in terms of his wealth, which is estimated at 750 million pounds ($1.2 billion)?

Even if we overlook his money and fancy titles, and assume that he is just a musician and composer who has written such masterpieces as "Cats," "Evita" and "The Phantom of the Opera," these still seem like unbeatable landmark achievements. In addition, there is always the fear that people will say that the great Andrew Lloyd Weber is sliding downhill. Hasn't he reached the top and has nowhere to go but down? Wouldn't it be better to tell yourself that you have it all, and say a final farewell to your work and life?

The composer was not scared and did the most incredible and dangerous thing in this situation. He wrote "Love Never Dies," a sequel to "The Phantom of the Opera," featuring Christine, Raoul and the Phantom. This time around, the action switches to a fear-filled, macabre and gothic Coney Island, New York, amusement park, where it is hard to tell the difference between a doll, a live freak or the real Phantom, ten years after the events at the Paris Opera.

Writing sequels is a terrifying experience because audiences will always consider them weaker than the original, even if this is not the case. Webber himself wrote that "The Phantom of the Opera," completed 23 years ago, would not let go of him. It is easy to believe this. Although Webber wanted to write a sequel from the very outset, he was scared, and it eventually took him 23 years to decide to go ahead with it.

Well, he won. The sequel is probably better than the first musical but it is entirely different. Strange as it may seem, the 1988 "The Phantom of the Opera" was essentially a rock opera. Real rock music masterpieces were created in the late 1980s but went almost unnoticed because real rock had already died, and only its giants were still alive. Then along came this rock opera, with all its exuberant operatic passion and the crimson-velvet decorations of opera-house boxes, and ushered in the current unprecedented opera boom no less than Italian tenor Pavarotti's stadium concerts.

Its sequel is more an opera than a rock opera, although electric guitars and other attributes of modern music make occasional appearances.

There's a secret though, and it's this: "The Phantom of the Opera" was followed by "Aspects of Love" in 1989. And this decided everything.

U.S. audiences reacted with dismay to "Aspects of Love," which was a box office failure in the United Kingdom. In fact, this was the only such disaster in Webber's entire brilliant career. That is a sign of how exceptional it was. It could have been his best musical, featuring an irrepressible cascade of lyrical melodies and an exquisite feast of feelings without any electronic music but with a real symphony orchestra. In effect, it was a masterpiece.

This was how the sequel to "The Phantom of the Opera" was made. It seems Webber learned to write like Tchaikovsky after his "Aspects of Love." The musical features cellos sobbing so hard that their bows are about to burst, as well as luxuriously somber brass chords. Although the composer has frequently been accused of plagiarism, the most plausible explanation is that he is a sincere and dedicated mixer of musical styles in the most unlikely combinations. Webber lives in a world composed of his own music and that written by others and sometimes he is no longer able to distinguish between them.

Webber's age is another reason focusing attention on this personal victory over himself.

Webber, now 62, wrote "The Phantom of the Opera" when he was 41. People work differently at different ages. The composer cannot produce a cascade like he did 20 years ago. At the same time, back then he was unable to handle existing melodies in his current professional and confident manner. This is called a master's touch. It can even be said that "Love Never Dies" is an opera based on one ingenious duet and two more excellent acts. But Webber has refined them more than any one else could have.

An unexpected streak of genius in older individuals is the norm, rather than an abnormality. It is not only true of artists. The truly great military biography of Russia's Alexander Suvorov, one of the few great generals in history who never lost a battle, began at a time when other people his age received their honorable discharge. This was explained by a stroke of good luck. Voltaire wrote his best works after age 70. Michelangelo and Leonardo da Vinci were middle-aged geniuses but created masterpieces after turning 70 and more. [Editor's note: Leonardo died at the age of 67.]

The age of contemporary artists gives valuable food for thought. Speaking only of musicians, great teenagers thrived recently, in the 1960s, and it even seemed like 30-year olds felt uncomfortable in their midst. All of a sudden, Italian singer, songwriter, comedian, actor, film director and TV host Adriano Celentano released a series of astonishing disks in the run-up to his 70th birthday. Canadian singer-songwriter, musician, poet and novelist Leonard Cohen, whose voice deteriorated long ago, remains a good performer and songwriter. Or take the great Masanori Kitaro, a Grammy award-winning Japanese musician, composer and multi-instrumentalist, who wrote "Impressions of the East Lake." This is all something to think about.

Speaking of Andrew Lloyd Webber, he wanted to write the opera "The Master and Margarita" instead of a sequel to "The Phantom of the Opera" but thought better of it. This is mysterious indeed.