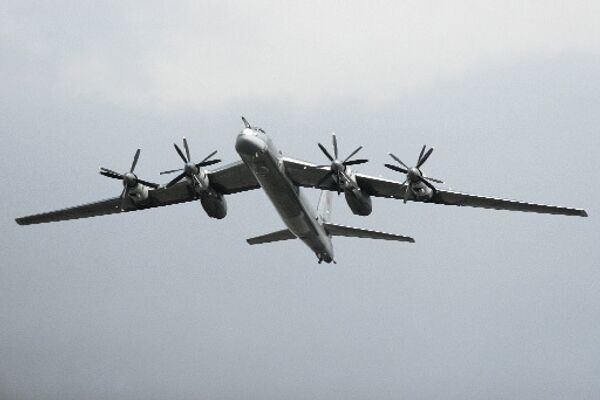 "The Tu-95MS bombers carried out patrols over the Arctic, the Atlantic and the Pacific oceans and set a new flight duration record of about 40 hours, exceeding the previous record by four hours," Lt. Col. Vladimir Drik said at a news briefing on Thursday.

The patrols are regularly performed by Tu-95 Bear and Tu-160 Blackjack strategic bombers, and by Tu-22M3 Backfire long-range bombers.

All flights by Russian aircraft are performed in strict compliance with international law on the use of airspace over neutral waters, without intruding the airspace of other states.