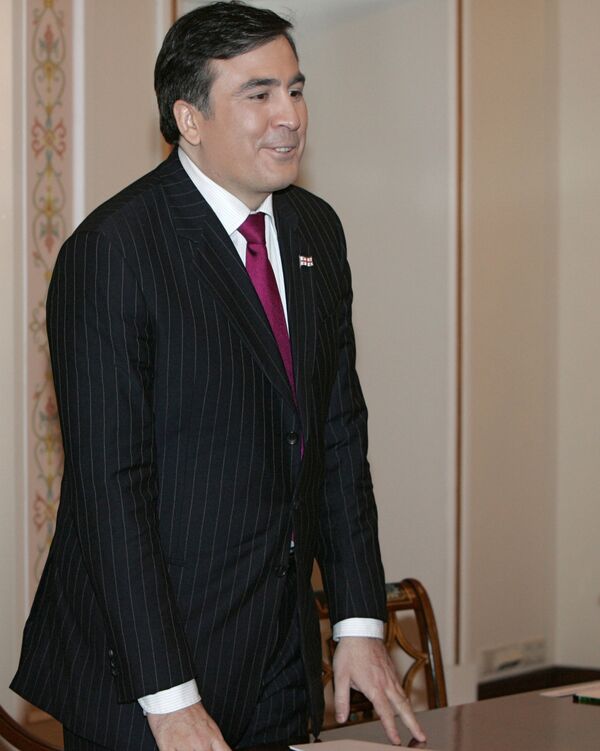 © POOL
/
Go to the photo bank
Subscribe
The recent drawing up of a draft Georgian constitution is evidence that President Mikheil Saakashvili is trying to hang onto power after his presidential term expires in 2013, the Georgian opposition leader said.

The recent drawing up of a draft Georgian constitution is evidence that President Mikheil Saakashvili is trying to hang onto power after his presidential term expires in 2013, the Georgian opposition leader said.

Last week the draft constitution, which cuts presidential powers and divides them between parliament and the prime minister, was approved by the state constitutional commission.

"I am sure that the new draft Georgian Constitution is connected to Georgian President Mikheil Saakashvili's attempt to extend his powers and to continue to rule the country as prime minister," leader of the opposition party Democratic Movement-United Georgia Nino Burdzhanadze said.

She added that the constitution does not lay guarantees for the correct functioning of municipal institutions.

Earlier, the Georgian opposition demanded that a new parliament be elected to vote on the new constitution, saying the current parliament, dominated by the center-right United National Movement, must be replaced by a more "legitimate" one ahead of the crucial vote.

Saakashvili rejected the demand, adding that the opposition "loves itself and seeks to occupy [government] positions, while the government loves the Georgian people and takes care of their future."

Parliamentary elections are to take place in Georgia in 2012, and presidential polls in 2013. Saakashvili told reporters on Monday the elections would take place on schedule despite any claims by the opposition.