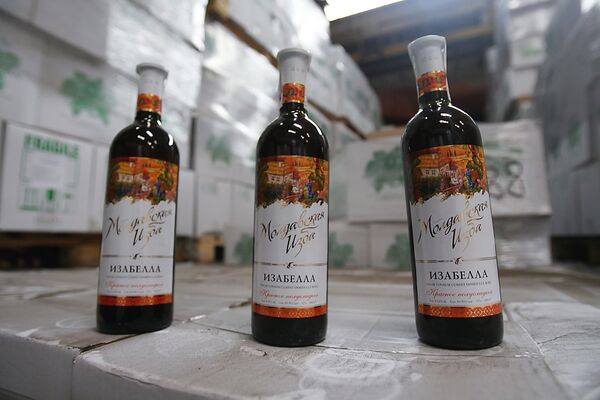 Moldova's minister of agriculture and food, Valery Kosarchuk, hopes for successful talks with Moscow on Friday on Moldovan wine exports to Russia.

Moldova's minister of agriculture and food, Valery Kosarchuk, hopes for successful talks with Moscow on Friday on Moldovan wine exports to Russia.

Russia's Kommersant business daily reported earlier on Thursday that the Russian Federal Service for Consumer Rights and Human Welfare Protection (Rospotrebnadzor) may ban all wine imports from Moldova as of Friday.

"I am positive that after talks tomorrow our relations with Russia in the wine sector will improve and enter a new stage of development,' Kosarchuk said following a governmental session.

He said that a list of changes introduced by Moldova in line with requirements from Rospotrebnadzor has been handed over to Russia via its embassy in Chisinau.

Russia, which previously imported 80% of all wine produced in Moldova, imposed an embargo on all Moldovan imports in March 2006. The ban dealt a severe blow to the small, impoverished ex-Soviet nation's economy, bringing many winemaking enterprises close to bankruptcy.

The ban was introduced after tests revealed the presence of pesticides and heavy metals in Moldovan wine.

In July 2009, Russia lifted all restrictions on the import of Moldovan wine and was even prepared to open extra customs points.

Earlier in the month Rospotrebnadzor experts discovered dangerous ingredients in 18 batches of Moldovan wine imported between June 30 and July 2, 2010.