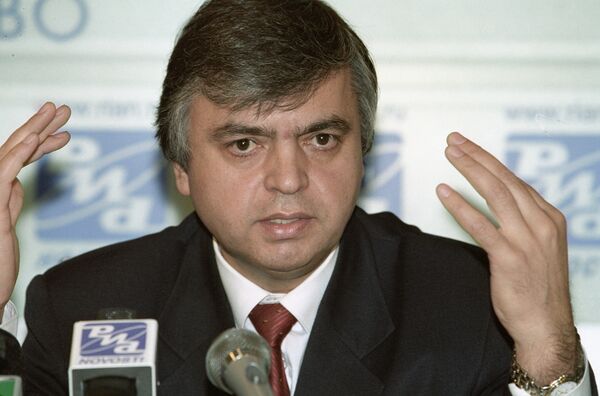 Unilateral EU sanctions against Tehran undermine the negotiating process between Iran and the group of international mediators, the head of a Russian think tank on Iranian studies said on Thursday.

Unilateral EU sanctions against Tehran undermine the negotiating process between Iran and the group of international mediators, the head of a Russian think tank on Iranian studies said on Thursday.

EU foreign ministers approved on Monday tighter sanctions against Iran over its nuclear program. The sanctions, which include new restrictions on foreign trade, financial services and the oil and gas sectors, come a month after the adoption of UN sanctions on Iran on June 9.

Radzhab Safarov, general director of the Center for Modern Iranian Studies, told a news conference at RIA Novosti that the sanctions "breed distrust among the partners and effectively torpedo the negotiating potential created by the Iran Six."

He said the sanctions were "counterproductive" and would primarily "affect Iran's civilian population."

Safarov said the EU sanctions "do nothing to bring the resolution of Iran's nuclear problem closer, but will only push it into an impasse."

His remarks echo the official position of the Russian Foreign Ministry, which said on Tuesday the EU sanctions disregard the joint efforts of the Iran Six and the UN Security Council.

The EU sanctions go further than the UN sanctions, which were softened to secure support of veto-wielding members Russia and China, and are designed to prevent EU firms investing in Iran's energy sector.

The sanctions ban the export to Iran of key equipment and technology for the production and refining of natural gas. Ships suspected of carrying illegal material will be inspected and over 40 individuals and more than 50 companies have been blacklisted.

Russia, a permanent member of the UN Security Council, long opposed sanctions against the Islamic Republic, saying that the issue should be resolved through diplomatic means. However, Moscow finally approved the UN sanctions after Iran failed to prove the peaceful nature of its nuclear activities.