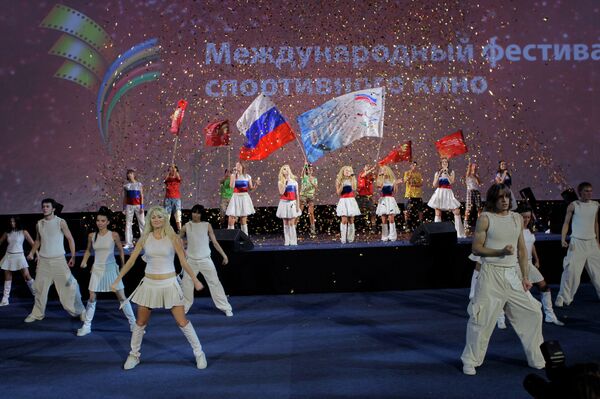 The Second International Sports Movie Festival opened on Thursday in the Russian capital.

The Second International Sports Movie Festival opened on Thursday in the Russian capital.

The festival is being held as part of the international sports forum, Russia is a Sports Power, and aims to promote sports and healthy living and encourage the production of sports feature and documentary movies.

“The festival…promotes the ideals of sport and shows the efforts sportsmen make to reach success,” Mutko said.

“[This] work should not stop, even for a day, until we have fully promoted healthy living,” said Tarpischev, who is president of the festival.

Over 100 works of different genres from 22 countries in Europe, the United States and Africa, and 52 Russian regions have been submitted for the festival.

Franco Ascani, the president of he International Federation of Sports Movies and Television, will attend the festival.