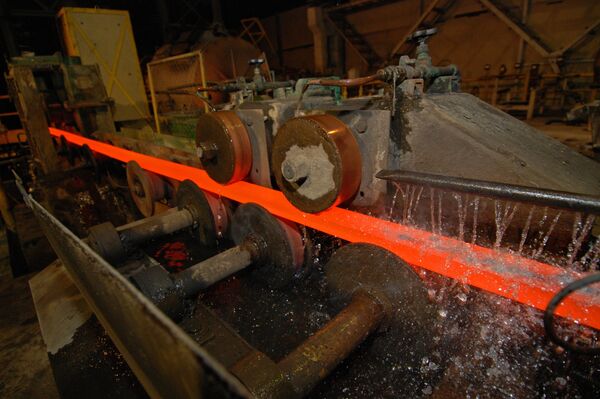 Magnezit Group intends to implement the increase of the production of state-of-the-art refractories using Russian magnesite in Europe by up to 50,000-60,000 tons annually, according to the company’s press release on Tuesday.

Magnezit Group intends to implement the increase of the production of state-of-the-art refractories using Russian magnesite in Europe by up to 50,000-60,000 tons annually, according to the company’s press release on Tuesday.

Magnezit Group is implementing an investment project for the technological renewal and modernization of capacities of the European part of the company - Slovmag Works (Lyubenik, Slovakia). The project will considerably enhance competitive positions of the Group in the markets of Europe and of other countries thanks to an increase in volumes of production of state-of-the-art periclase-carbon refractories intended for metallurgy and spinel containing refractories for the cement industry.

The project is intended to be implemented for the period up to 2011 and it presumes an increased production of oxide-carbon bricks up to 25,000 tons annually and of unburned bricks up to 30,000-35,000 tons annually. The production of these refractories will be based upon deliveries of Russian magnesite and namely of high quality refractory materials including fused periclase or sintered clinker with  MgO content of no less than 97%, produced by the enterprises of Magnezit Group on the basis of high-quality magnesite deposits in Russia.

“The strengthening of competitive positions in perspective segments of the market, the increase of production of novel products, and the modernization and innovation of production facilities are main directions of the company’s development strategy. Production cooperation and active use of capabilities of our enterprises make it possible to create an effect of synergy for further efficient growth of the company and create a basis for development of our competitive advantages”, the general director of Magnezit Group, Sergei Odegov, said in the press release.

Magnezit Group develops capacities of Satka production facilities (Satka, Chelyabinsk region, Russia) where it has been planned to construct additional lines for production of dead-burnt periclase clinker. The group is also implementing a project for the construction of a modern complex for the production of fused periclase and decarbonated magnesite in the Krasnoyarsk Territory.