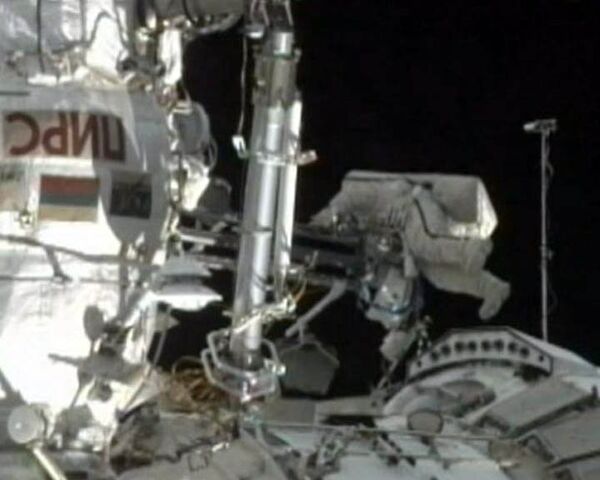 Two Russian cosmonauts completed a six-hour spacewalk on Tuesday to fix a video camera and cable connections to an ISS module.

Fyodor Yurchikhin and Mikhail Kornienko spent about six hours outside the International Space Station. In a video feed from Russian Mission Control just outside Moscow, one of the astronauts was heard exclaiming "Isn't it beautiful?" as the spacewalk began.

The cosmonauts replaced a camera used to monitor the docking of the Automatic Transfer Vehicles, supply ships sent by the European Space Agency.

They also attached cables connecting the Zvezda and Zarya modules to the new Rassvet module. Rassvet, used as a storage facility and a mini-laboratory, was delivered to the ISS in May.

Commenting on the operation, Vladimir Solovyov, head of the ISS Russian mission, said facetiously that the most difficult part of the spacewalk was to get the cosmonauts back "home" on board the ISS.

"They simply don't want to leave open space," he said.