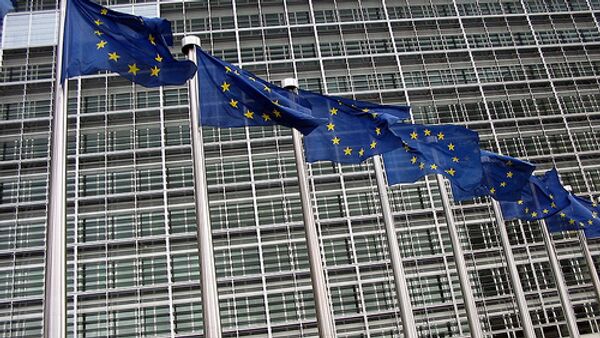 © Flickr / Stuart Chalmers
Subscribe
New sanctions against Iran targeting its foreign trade, financial services, and energy and gas sectors will come into force on July 27 after the EU adopts them, a diplomatic source close to the Council of the EU said.

New sanctions against Iran targeting its foreign trade, financial services, and energy and gas sectors will come into force on July 27 after the EU adopts them, a diplomatic source close to the Council of the EU said.

The UN passed on June 9 a resolution imposing a fourth set of sanctions against Iran over its nuclear program, including tougher financial controls and an expanded arms embargo, as well as an asset ban on three dozen companies and a travel freeze on individuals.

The EU measures, similar to steps taken by the United States, will go further than the UN sanctions, which were softened to secure support of veto-wielding members Russia and China.

The EU sanctions will include a freeze on investment in Iran's oil and gas sector, a ban on technology and equipment transfer, as well as providing specialized services.

The sanctions are also expected to ban exporting to Iran goods that may be used to produce weapons.

They will also introduce new visa restrictions and freeze bank accounts belonging to the Iranian Revolutionary Guard Corps. They may also prohibit Iranian banks from all activities in the EU, and Iran's IRISL freight carrier from entering EU waters.

The Iranian, Brazilian, and Turkish foreign ministers agreed on May 17 that Iran will swap in Turkey most of its 3.5%-enriched uranium for 20%-enriched fuel for use in its Tehran scientific research reactor.

Russia, a permanent member of the UN Security Council, has long opposed sanctions against the Islamic Republic, saying that the issue should be resolved through diplomatic means.

However, Moscow finally approved the sanctions after Iran failed to prove the peaceful nature of its nuclear activities.

Russian President Dmitry Medvedev said on July 15 that Iran's nuclear program was "an issue of national pride for Iranians," which, however, was also being "actively exploited by Iranian authorities in order to achieve their own political goals."