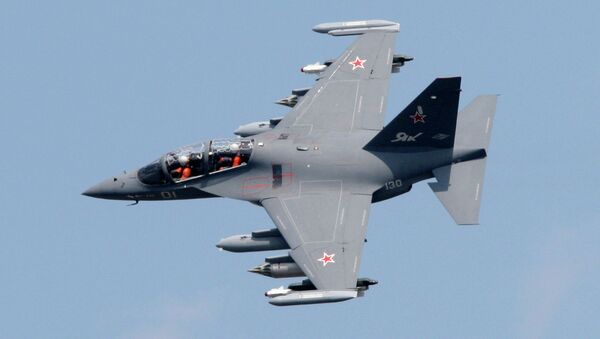 Sergei Kornyev, the department head of Russia's Air Force special equipment and services, made the announcement after the Farnsborough Air Show outside London ended on Sunday.

"We confirm the signing of contracts of delivery for six training Yak-130 fighters and Mi helicopters to Libya," Kornyev said, adding: "We are looking at this market with optimism and are not planning on giving up our strong positions [on it]."

Russia's Irkut signed through Rosoboronexport a contract for the delivery of six Yak-130s to Libya. Under the contract, the first two fighters will be delivered in 2011, and the remaining four in 2012.

The new fighter boasts superior aerodynamics and radio-electronic equipment that gives it the leading role in pilot training with a high level of safety and low cost flight hours, as well as a long life cycle.

Irkut is in the process of fulfilling a 2006 contract with Algiers on Yak-130 deliveries and is in the first-stage process of signing delivery contracts to a number of other countries.