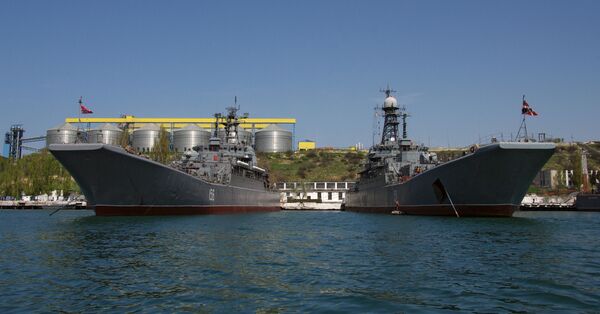 "[There is] a proposal to reduce periods of time between these events," Vysotsky said after parade marking Russia's Navy Day.

He said that the countries should hold naval exercise annually instead of one in a year leaded by Russian and Ukrainian fleets' commanders alternately.

Russia celebrates the Navy Day on the last Sunday of July.

The festivities usually include a military parade, a number of sport and cultural events and an exhibition of skills by naval personnel.