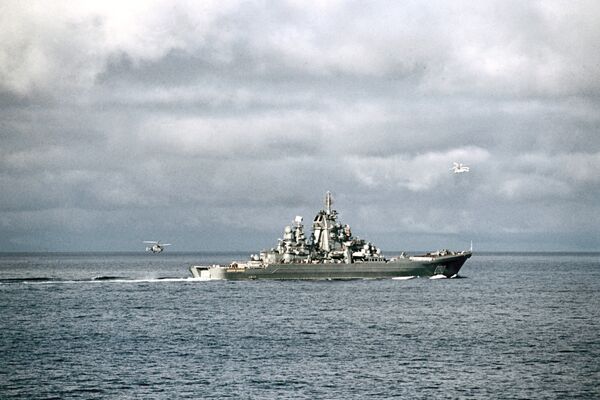 Russia built four Kirov class nuclear-powered cruisers in 1974-1998. One of them, the Pyotr Veliky, is in active service as the flagship of the Northern Fleet.

"Cruisers Admiral Nakhimov, Admiral Lazarev and Admiral Ushakov will be modernized and returned to the Russian Navy's combat force in 10 years," the official said, adding that their equipment and weapons will be fully modernized.

The Kirov class heavy cruisers are second in size only to aircraft carriers, and are similar in size to a World War I battleship.

The Admiral Ushakov (former Kirov) was commissioned in 1980 and suffered a reactor accident in 1990 while serving in the Mediterranean Sea. Repairs reportedly have never been carried out, due to lack of funds and the ensuing collapse the Soviet Union.

The Admiral Lazarev (former Frunze) was commissioned in 1984 and mothballed in 1998.

The Admiral Nakhimov (former Kalinin) was commissioned in 1988 and mothballed in 1999. The ship has been reportedly undergoing a major overhaul at the Severodvinsk Shipyard since 2005.