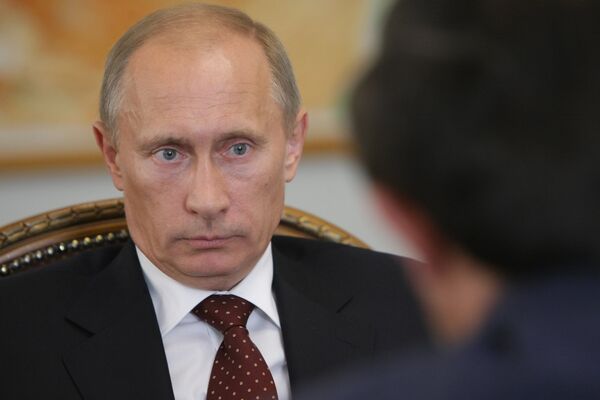 Russia and Bulgaria signed in January 2008 an agreement on the South Stream project designed to transport Russian gas to western Europe bypassing Ukraine.

However, Gazprom announced in June the possibility of re-routing South Stream through Romania, instead of Bulgaria, after Borisov said that his country would not proceed with previous agreements to build the joint gas pipeline with Russia and Greece.

The issue was settled on July 16, when the counties signed a road map for the technical and economic assessment of Bulgaria's section of the pipeline.

The South Stream pipeline, which is considered a rival to the EU-backed Nabucco pipeline, is scheduled to be launched in December 2015.

The offshore part, operated by Russia's Gazprom and Italy's ENI, will run for 900 km (559 miles) from Russia's mainland under the Black Sea to the Bulgarian coast and carry up to 63 billion cubic meters of gas a year.

Putin also discussed energy cooperation with his Greek counterpart George Papandreou in a telephone conversation on Wednesday. The prime ministers agreed to hold bilateral talks. The date for the meeting is yet to be set.