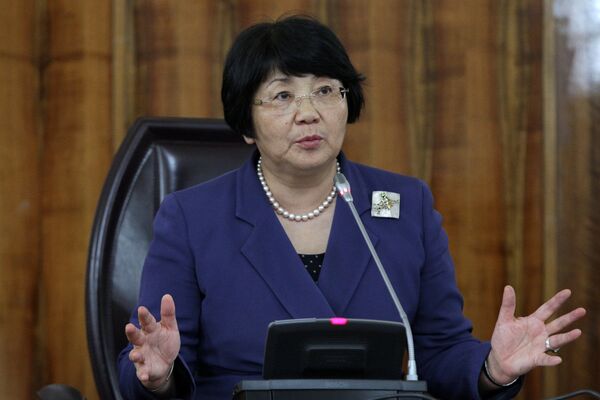 Russia is Kyrgyzstan's major ally and strategic partner that will help the Central Asian republic integrate with Europe, the country's president, Roza Otunbayeva, said on Wednesday.

"Our path to Europe begins with Russia. We will prioritize our cooperation with [Russia] in all directions," Otunbayeva said in an interview with Russian news agencies.

She also pledged that Kyrgyzstan's further development would be based on European values.

Otunbayeva was approved as Kyrgyzstan's president for a transitional period until 2012 in a referendum in late June. She took power as the country's interim prime minister in April amid large-scale opposition protests that overturned president Kurmanbek Bakiyev. Bakiyuev then fled the country and has taken refuge in Belarus.

The Central Asian republic saw violent interethnic clashes in mid-June that killed up to 300 people according to official estimates, with the unofficial death toll reaching 3,000.

Kyrgyz authorities asked Russia to send peacekeepers to Kyrgyzstan to help quench the riots. Moscow refused, saying the clashes were the country's "internal affair," and only sent humanitarian aid to its former Soviet republic.