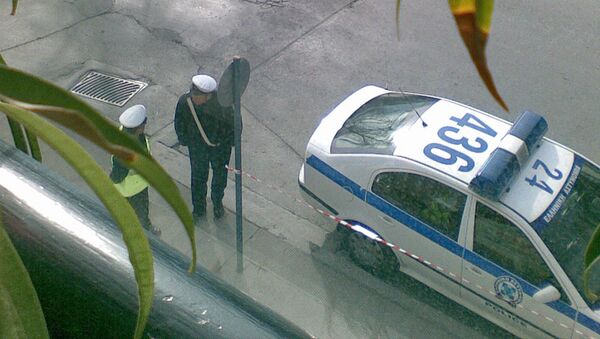 Tatarenkov, who is believed to have been a key figure in organized crime in the Siberian Russian regions of Khakasia and Krasnoyarsk during the early 1990s, is accused of setting up a gang and killing eight of his rivals in Russia's booming aluminum industry.

"From May to July 1994, the members of the gang killed eight people and injured another one. Later that year, the gang's activity was stopped, and most of its members were put on trial," Vadim Yalovitsky said.

Tatarenkov was arrested in Greece in August 1999 for the illegal possession of weapons and has been serving out his sentence ever since.

The Prosecutor General's Office sent an extradition request for Tatarenkov in May 2009.

"Today Vladimir Tatarenkov will be extradited to Russia accompanied by officers from the Russian Interpol Bureau," Yalovitsky said.