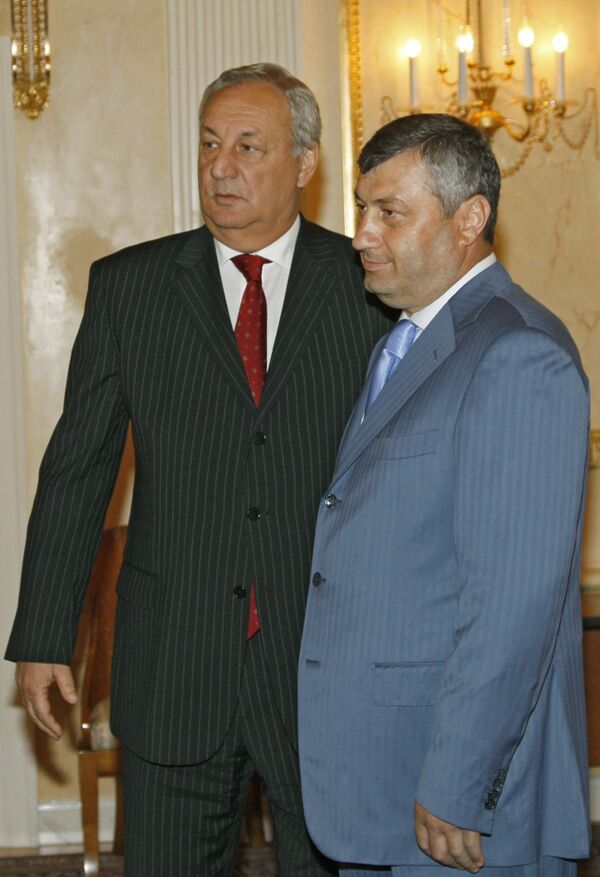 The presidents of Abkhazia and South Ossetia will pay weeklong visits to Nicaragua and Venezuela, two of the four countries that have recognized the former Georgian republics' independence.

The presidents of Abkhazia and South Ossetia will pay weeklong visits to Nicaragua and Venezuela, two of the four countries that have recognized the former Georgian republics' independence.

Abkhazian Prime Minister Sergei Shamba said on Thursday that President Sergei Bagapsh will begin his first official visit to the Latin American states on Saturday in Nicaragua and will then fly to Venezuela.

Abkhazia's foreign and economy ministers, Maxim Gvindzhia and Kristina Ozgan, will accompany the president on the trip.

"This is the first friendly top-level visit. The delegation consists both of government officials and Abkhazian businessmen. A number of documents will be signed in both countries," Shamba said.

"Besides this, business deals will be discussed," Shamba said. "We hope they will be signed there."

Nicaragua was the second country to recognize Abkhazia and South Ossetia as independent after the August 2008 war between Russia and Georgia. Russia recognized the two former Georgian republics shortly after the conflict, which began when Tbilisi attacked South Ossetia in an attempt to bring it back under central control.

Venezuelan President Hugo Chavez also recognized the republics in September 2009, as did the tiny Pacific island nation of Nauru in December last year.

Shamba said Bagapsh would take part in celebrations dedicated to the 31st anniversary of the Sandinista Revolution in Nicaragua, which will take place on July 19. The revolution ousted dictator Anastasio Somoza and brought Daniel Ortega to power. Ortega served as president from 1985-1990, after the revolutionary junta was dissolved, and after three electoral defeats was elected again in 2006.

In Nicaragua, the South Ossetian delegation will also hold talks with the country's authorities, during which several agreements are expected to be signed, Medoyev said.

The delegation will then fly to the Venezuelan capital, Caracas, for talks with President Hugo Chavez and other Venezuelan officials, he said. The talks are also expected to see the signing of several deals.

Both Abkhazian and South Ossetian presidents are due to leave Latin America on July 23.