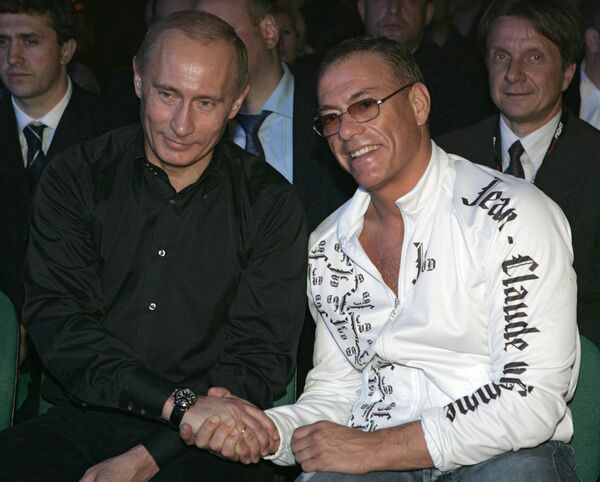 The championship kicked off on Wednesday night in Russia's southern resort city of Sochi.

"Today Putin met during lunch with the famous sportsman and actor Jean-Claude Van Damme, who arrived as a guest at the Mixed Fight European Championship, as well as with well-known Russian sportsman Fyodor Yemelyanenko," Dmitry Peskov said.

This current championship will see fighters from Russia's M-1 Global and Sambo-70 clubs go up against the best European contenders.

The organizers of the event said that the tournament will see five fighters from each team in the heavyweight categories of 93 kg (205 lbs) and over.

This is not the first time the star of such blockbusters as Blood Sport and Kickboxer have come to Russia for the Mixed Martial Arts Championship.

In 2007, Van Damme watched the Mixed Fight Championship between teams from Russia and the United States in St. Petersburg's Ledovy Dvorets Arena (Ice Palace Arena), where he sat together with then-Russian president Putin and Italian Prime Minister Silvio Berlusconi.

Putin is a judo black belt and an honorary president of the European Judo Union. He is also a co-author of a book entitled "Let's Learn Judo with Vladimir Putin".