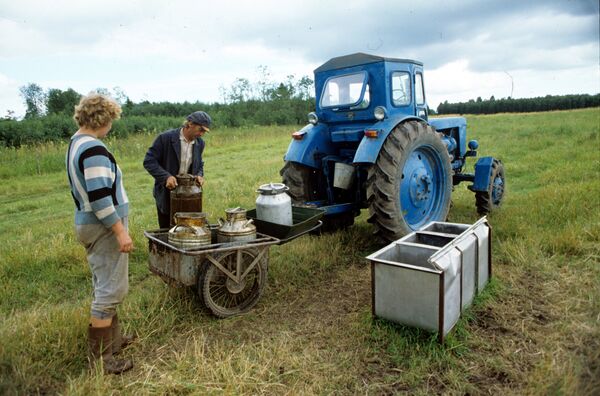 Russia will pay for the return of emigrant businessmen and their families home, a Russian respected business daily said on Wednesday.

Russia will pay for the return of emigrant businessmen and their families home, a Russian respected business daily said on Wednesday.

The Russian Ministry of Regional Development has revealed a new state program on the voluntary resettlement of compatriots living abroad. The regional development minister's aide, Alexei Chernyshyov, told Vedomosti the document should be introduced to the government by September.

Under the new project, those who emigrated to other countries, as well as their families, will be divided into different groups such as workers, students, businessmen, farmers, and individuals with special merits. Program participants will be selected by the number of points they receive and the group they fall into.

Program participants may lose this status if they are engaged in illegal activities.

In addition to compensation for relocation and resettlement, which is to be paid from 2006, the new project aims to give businessmen, farmers and community members the right for a three-year deferral of payment of customs duties and taxes on imports to Russia and equipment needed for their activities, on its inspection and registration at the border without waiting in line, and on tax deductions on the purchase of property.

If no income is received for the first year of operations, the program members will receive benefits for a half year.

Chernyshyov said that if previously only 7-8% of individuals (some 8,000 annually) were involved in the program, then after the new one is adopted, the numbers are expected to increase up to 50%.

He added that about 1.2 billion rubles ($39.27 million) will be budgeted for these purposes annually until 2012.