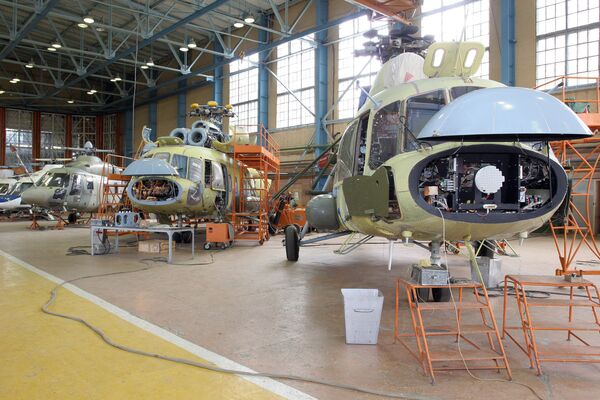 According to Tolo television, the contract is worth $300 million and was concluded with the approval of the с command in Afghanistan.

Russian envoy to NATO Dmitry Rogozin told RIA Novosti on Monday that NATO had yet to agree on the exact delivery date of some time in July, although the alliance has voiced the need for Russian transport helicopters a long time ago.

The Mi-17 is a medium twin-turbine transport helicopter that can also act as a gunship.

The Afghan Air Force currently has 25 Mi-17 helicopters, which are widely used for troop and cargo transport, rescue and evacuation missions in the fight against Taliban militants.

Afghanistan plans to increase the number of Mi-17 helicopters to 56 by 2012. The majority of Afghan helicopters pilots were trained in the Soviet Union in the 1980s.

"We have repeatedly stated our readiness to deliver military equipment to Afghanistan," the diplomat said.

However, deliveries of Russian weaponry to Afghanistan were suspended in 2005 allegedly in order to avoid "the duplication" of U.S. aid to the country, which that year totaled over $929 million, more than 80% of which was earmarked for the military and police.

Avetisyan said the Western supplies of copycat versions of Russian weaponry to Afghanistan negatively affected the combat capabilities of the Afghan armed forces.

"We are mainly talking about the Kalashnikov assault rifles, which are manufactured under expired licenses in several East European countries," the ambassador said.