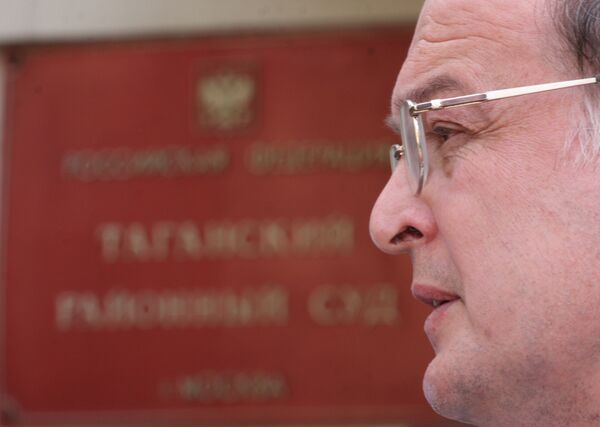 A Moscow district court on Monday fined the organizers of the controversial Forbidden Art-2006 exhibition for fueling national and religious hatred.

The controversial art exhibition came under scrutiny in 2007 when prosecutors launched an inquiry in response to a suit by a Christian organization that accused the show's curators of defacing religious symbols and fueling national hatred.

The allegedly anti-Christian Forbidden Art 2006 display, held at Moscow's Andrei Sakharov Community Center, caused increasingly wide resonance in Russia because artwork that had been barred from Moscow's mainstream museums and galleries were displayed there.

The court found them guilty of fueling national and religious hatred and humiliation of human dignity.

The judge said the exhibits, mainly the pictures portraying Jesus Christ as Mickey Mouse, carried a cynical, devil-may-care attitude to the religious feelings of Orthodox believers."

According to the court, the works displayed at the exhibition were "a public offense to Christians."

The Sakharov Center found itself at the center of a similar scandal in 2005 when it hosted an equally controversial exhibition, Beware Religion. Samodurov was then convicted of instigating ethnic and religious hate, but only paid a fine.