Sutyagin says he is in Britain without visa after Russia-U.S. spy swap (Update 1) 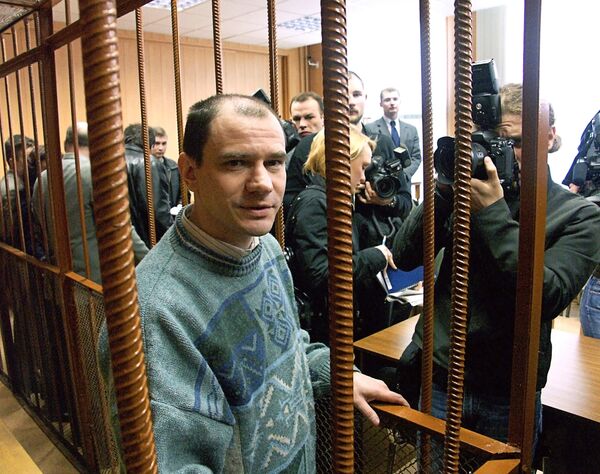 Scientist Igor Sutyagin, who was one of the four Russians exchanged Friday as part of a Russia-U.S. spy swap deal, is near London, Sutyagin's friend told RIA Novosti.

Scientist Igor Sutyagin, who was one of the four Russians exchanged Friday as part of a Russia-U.S. spy swap deal, is near London, Sutyagin's friend told RIA Novosti.

"I am now in a small provincial British town. I have a Russian passport but no British entry visa," Sutyagin was quoted as telling his friend by phone.

"They promised that on Monday I will meet with officials who will decide on granting me the visa and on my further stay in Britain," he said.

The CIA-chartered plane, which carried the four to the United States from Vienna, made a brief stop at the Brize Norton air base in Oxfordshire. British media reports said two of the four pardoned Russians - a former Russian intelligence colonel, Sergei Skripal, and Sutyagin - will most likely stay in the U.K.

"As regards reports in some media saying I could ask Britain for political asylum, this is speculation. But I will study the situation around me in Russia and Britain, and then make the decision on the place of my further residence," Sutyagin said.

Sutyagin's lawyer Anna Savitskaya and his brother Dmitry confirmed to RIA Novosti that Sutyagin said he was in a London suburb.

In April 2004, Sutyagin, a Russian arms control and nuclear weapons specialist, was sentenced to 15 years in prison in Arkhangelsk, northwest Russia, for sharing state secrets with U.S. military intelligence.

Skripal was sentenced to 13 years in 2006 for reporting the names of Russian agents secretly working in Europe to Britain's MI6 intelligence agency for a reward of $100,000.

"Britain has a direct interest in Skripal, a former Russian army colonel convicted of passing the identities of Russian agents working undercover in Europe to MI6," the Guardian wrote Friday.