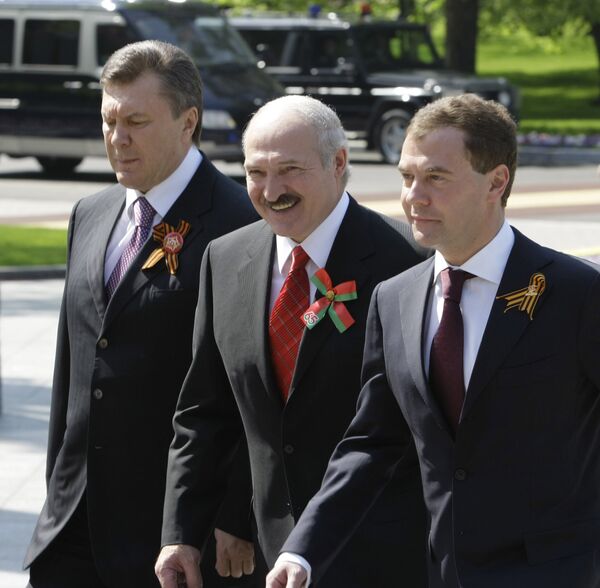 Ukrainian President Viktor Yanukovych will hold an informal Commonwealth of Independent States (CIS) summit in the Crimea and celebrate his birthday on Saturday.

Ukrainian President Viktor Yanukovych will hold an informal Commonwealth of Independent States (CIS) summit in the Crimea and celebrate his birthday on Saturday.

Yanukovych turned 60 on Friday, but could not invite high-ranking guests yesterday to informally mark the occasion as European Union President Herman Van Rompuy arrived in Kiev on an official visit.

The celebrations are due to be held at a country house in the Crimea today. Russian President Dmitry Medvedev and Belarusian leader Alexander Lukashenko are expected to attend.

The informal CIS summit is to take place in the Livadia Palace near the city of Yalta, often used by the Ukrainian leadership to hold solemn international events.

Georgian President Mikheil Saakashvili paid a visit to Kiev on Friday. The Georgian ambassador said Saahashvili had a meeting with Yanukovych.

Georgia seceded from the CIS after a five-day war with Russia in August 2008 that began when Georgian forces attacked South Ossetia in an attempt to bring it back under central control. Russia then recognized the independence of South Ossetia and another former Georgian republic, Abkhazia.