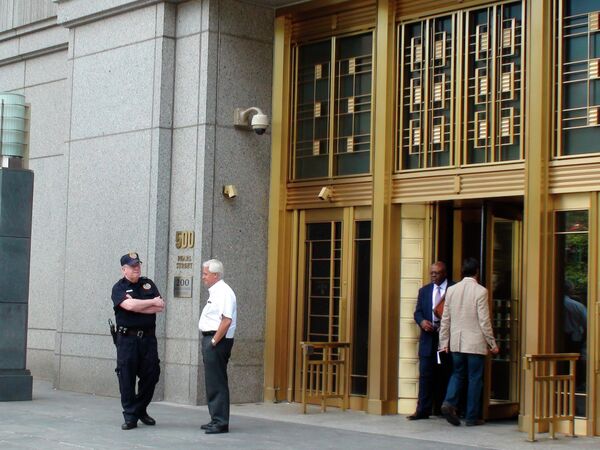 The U.S.-Russian spy scandal has been gaining momentum for nearly two weeks now. It has even spilled over into the UK. But it's still not clear if it is serious enough to warrant the media hype.

The U.S.-Russian spy scandal has been gaining momentum for nearly two weeks now. It has even spilled over into the UK. But it's still not clear if it is serious enough to warrant the media hype.

In the past, this kind of incident would end with both countries expelling diplomats, and the number of people declared persona non grata was usually the only indication of the conflict's true scale.

But now the rules of the game have changed. Ten people have been held in jail in the United States since June 27 on suspicions of spying for Russia, and one more suspect remains at large after skipping bail in Cyprus. Surprisingly, this unprecedented number of arrests in a single espionage case has not caused any diplomatic incidents - a response (or, rather, lack thereof) that makes you wonder whether all the suspects were actually spies.

People familiar with the inner workings of intelligence agencies say that the case is not plausible, as "moles" are extremely hard to track down and can only be caught if a former colleague sets them up. But there hasn't been news of any defections recently. And what's more, even the most powerful counter-intelligence services are incapable of unmasking so many secret agents at once.

This has led many to argue that these "spies" were really only guilty of money laundering. But nothing is known for certain at this point, so theories about the case should be treated as pure speculation.

The former Russian agents I've spoken to since the scandal broke are not happy about the arrests, but they take a certain pride in the number of alleged agents that went for so long on the other side of the Atlantic. If nothing else, this kind of intrigue adds some drama to the tedious reset between Washington and Moscow.

Spy wars may make a big splash, and politicians add to the hype by exploiting them for political gain, but it remains to be seen whether the current scandal is real or a sham, and the repercussions it could have for the intelligence communities in Russia and the United States.

Some observers predict that the conflict will be resolved as soon as the ten Russian spies are swapped for an equal number of U.S. spies convicted in Russia.

Igor Sutyagin, a nuclear researcher with Moscow's Institute for U.S. and Canada Studies, is the most likely candidate for a swap. In 2004, Sutyagin was convicted of passing classified information to the CIA through a UK-based front company. To this day, Sutyagin maintains his innocence, claiming that all the information he transferred was open-source. Another convicted spy likely to be swapped is Sergei Skripal, a retired Russian intelligence officer convicted of providing state secrets to Britain's MI6 intelligence service.

Most of the ten spy suspects arrested in the United States have been identified by the FBI as Russian nationals. It would certainly be odd if Russians were swapped for other Russians.

According to the federal indictment unsealed on July 7, all eleven defendants (including the fugitive) are charged with conspiring to act as unregistered foreign agents, and nine of them face an addition charge of conspiracy to commit money laundering.

Lawyers representing the accused admit that much about the case remains shrouded in mystery. They find it hard to explain, for instance, why the indictment contains much fewer counts than the FBI arrest warrant.

Lawyer Robert Baum, who represents the defendant Anna Chapman, said the accused will be extradited to Russia if they agree to plead guilty to money laundering -- the lesser of the charges they are up against.

Ms. Chapman, also known as Anna Kushchenko, stands out among her fellow defendants. Many in the West describe her as a femme fatale and a Bond girl. She was previously married to a Brit, Alex Chapman, and still holds a British passport. Her ex-husband says that before moving to the U.S. in 2007, Anna regularly met up with Russian contacts in London while also maintaining close ties with her father, a former KGB agent. Britain's MI5 counter-intelligence service allegedly knew about this Bond girl's involvement with Russian moles all along, and had both her and her husband under surveillance

The world we live in today clearly lacks the romantic thrill of Cold War-era espionage, the source of so many compelling stories by authors like Graham Greene, Ian Fleming, Somerset Maugham, and John Le Carre. In their youth, all these authors collaborated with British secret services in one way or another. They then filtered these real-life experiences through their imagination to create characters that are smart, savvy, and eccentric.

Greene once said that "My Silent War," Kim Philby's memoirs about his time as a Soviet spy, was "far more gripping than any novel of espionage."

Today's spy scandals seem far too prosaic to get a novelist's creative juices flowing. But the latest U.S.-Russian spy standoff has led to some interesting fiction in the U.S. media, at least. Republicans have taken to the Internet to denounce Obama as the "12th Russian spy," and right-wing radio show host, Rush Limbaugh, said: "Why do [the Russians] have to spy on us? Obama will tell them anything they want to know."