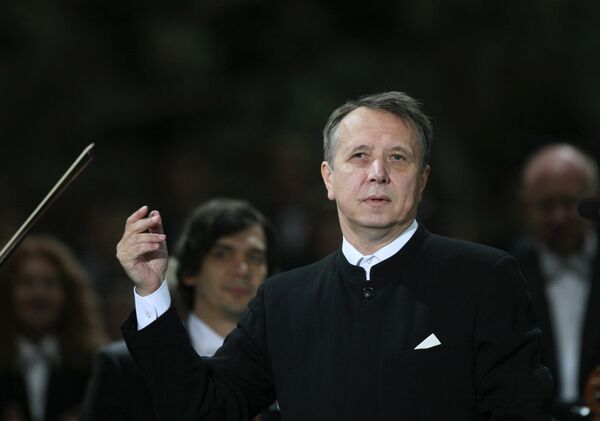 World famous Russian pianist Mikhail Pletnev, who was detained on child molestation charges in Thailand, was released on bail, the Russian embassy in Thailand said on Tuesday.

Thai media reported Tuesday that Grammy laureate Pletnev, 53, was arrested on child molestation charges at the Euro Club and Restaurant, which he co-owns in Pattaya. He was taken back to his house at Areeya Villas near Soi Siam Country Club. In his house police found CDs containing pornographic films and images.

"I have just talked to Pletnev," Andrei Dvornikov, a Russian diplomat at the consulate in Thailand, said. "There was no such arrest. He did not sit in a jail cell for a single minute," he continued.

Dvornikov said the pianist was released on a bail shortly after he was arrested on Monday evening. The diplomat added that during the search of Pletnev's house, nothing suspicious was found.

"He [Pletnev] and his lawyer will go to court tomorrow to ask for a temporary permit to leave Thailand due to his concert activity," Dvornikov said. "It is quite unusual that Thai police did not hold Pletnev's Russian passport."

"Policemen said that several Thai citizens, who were earlier arrested on charges of pedophilia and production of child pornography, testified against him," Dvornikov said.

Svetlana Chaplygina, a press secretary for the Russian National Orchestra led by Pletnev, earlier in the day denied the information on his arrest.

"We managed to reach Mikhail Vasilievich [Pletnev] and he said that he is actually in Thailand at his house," Chaplygina said. "But he has not been arrested, not in custody, no charges have been brought against him," she continued. "His vacation finishes soon and he is going to come back. All his plans remain the same."

Chaplygina added that the orchestra is beginning its European tour from July 9.