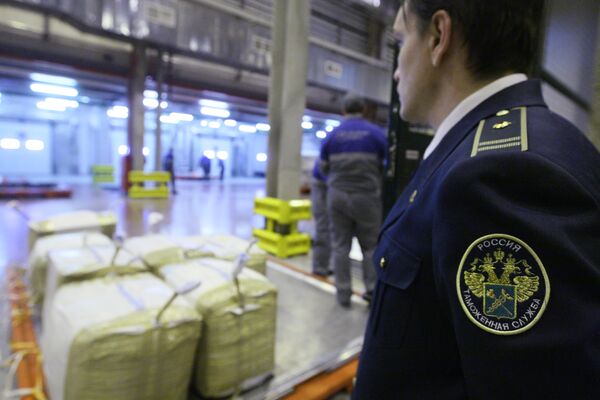 The Customs Code, making the Customs Union of Russia, Belarus and Kazakhstan fully operational, comes into force on Tuesday.

The Customs Code, making the Customs Union of Russia, Belarus and Kazakhstan fully operational, comes into force on Tuesday.

On Monday, Russian President Dmitry Medvedev formally announced that the Customs Code would come into force in trilateral relations on July 6.

The disputed issues between Russia and Belarus include export duties on Russian oil and petroleum products to Belarus and the import of foreign cars and aircraft into the Union's customs territory. The issues delayed ratification of the Customs Code by Belarus.

The three states are to go on with economic integration and are set to remove all customs borders between Russia and Kazakhstan and Russia and Belarus since July 1, 2011.

From January 1, 2012, the three states are expected to introduce the single economic space.

Leaders of Kyrgyzstan and Tajikistan already voiced their interest in joining the union on Monday.