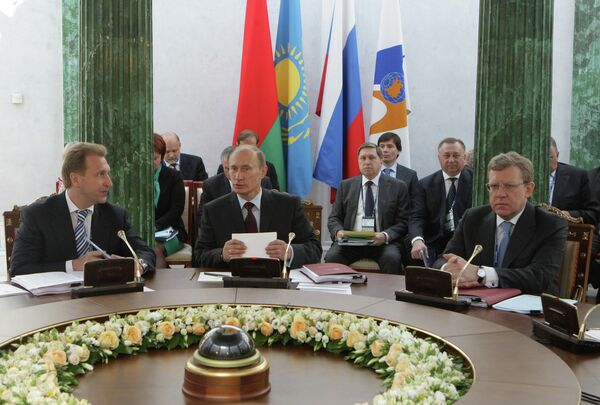 Belarus's parliament ratified on Wednesday the customs code for the country's Customs Union with Russia and Kazakhstan, two sources in the parliament said.

Belarus's parliament ratified on Wednesday the customs code for the country's Customs Union with Russia and Kazakhstan, two sources in the parliament said.

One source said the lower house of the National Assembly ratified the Customs Code during a closed session, which was confirmed by the second source.

There has been no official confirmation.

Russia and Kazakhstan have already ratified the document.

The Russian Customs Service said on Wednesday it is ready to begin implementing the regulations of the new code, which was due to come into effect on Thursday but could be delayed by Minsk's opposition to some of the terms.

The disputed issues between Russia and Belarus include export duties on Russian oil and petroleum products to Belarus and the import of foreign cars and aircraft into the Union's customs territory.

Russian First Deputy Prime Minister Igor Shuvalov said earlier in June that the three heads of state will meet in the Kazakh capital of Astana on July 5 to discuss a range of issues surrounding the prospects for EEC development and the full-fledged work of Customs Union.

The Customs Union between Russia, Belarus and Kazakhstan formally came into existence on January 1 with the introduction of a unified customs tariff, but is unable to start working fully until disputes are resolved and the customs code comes into effect.

The countries plan to form a common economic space in January 2012 and Russia estimates the customs union will boost economic growth in the three ex-Soviet countries, increasing their GDP by 14-15% by 2015.